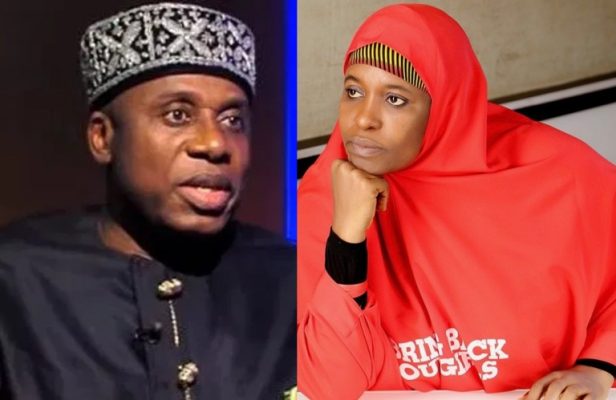 The comment made by the Minister of Transportation, Rotimi Amaechi, that the online report that he was almost kidnapped at the Rigasa Train Station on Sunday evening, is fake and concocted, has stirred controversy on Twitter.

The Minister, on Twitter, described the online report by Daily Nigerian, as ‘fake and concocted.’

The development has generated controversy, on Twitter, following the comment made by Aisha Yesufu, the Co-Convener of Bring Back Our Girls Group, that the report is true, while she noted that her sister-in-law and brothers were at the scene of event.

Yesufu tweeted: “Chibuike Rotimi Amaechi you should be ashamed of yourself. My sister, my brother and my sister-in-law were on that train. When your convoy scattered and you fled like a newborn mouse whom water have been poured on, it was witnessed! Governance is not by lies and propaganda!”

“So Amaechi thought he had security and he was immune to the insecurity that affects the rest of us.

“Even the President is not secure. What he has is illusion of security. The more these attacks happen, the more likely we are going to be victims.”

Twitter users have reacted to this, with many lambasting Amaechi for denying the report, in a bid to conceal the worsening rate of insecurity in the country.

Mixed Feelings On Twitter Over Alleged Kidnappers’ Attack On Amaechi