Bayelsa: I Was Dazed By S/Court Judgment, Sylva Rebuffs Wike 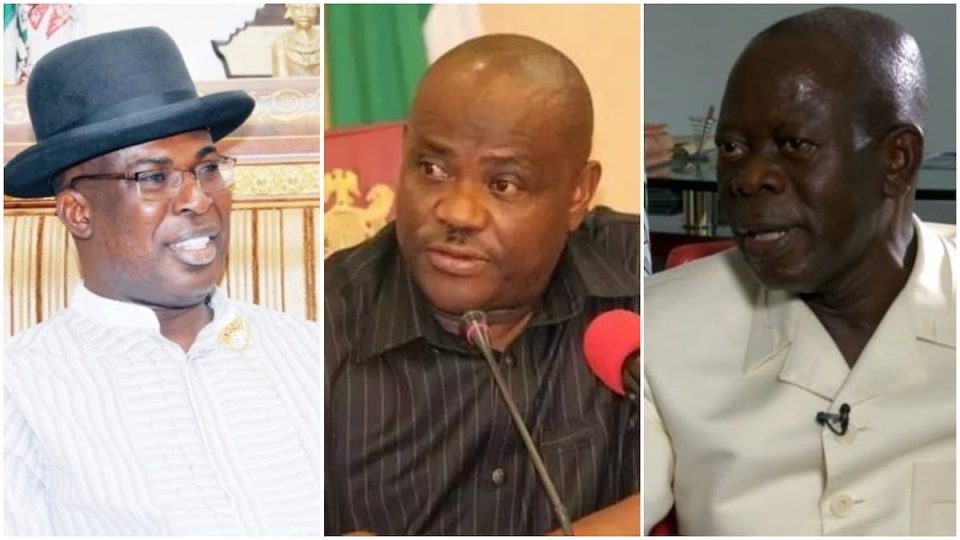 Timipire Sylva has said that he has been so dazed by the Supreme Court judgment that nullified his protégée as governor of Bayelsa State to have contemplated organizing the protest against Justice Mary Odili as alleged by Nyesom Wike.

The former governor of Bayelsa State and minister of transportation while rebuffing Governor Wike’s allegation of orchestrating the protest at the Abuja residence of the Odilis, Sylva in a statement said that he had known and worked with the Odilis long before Wike came into the picture.

Sylva in a statement made available to GreenWhiteGreen on Thursday alleged that Wike could be trying to paint a bad picture of him given his determination to seek a reversal of the judgment at the Supreme Court.

He said:
“There is no truth in that strange claim. Governor Wike should know in what high esteem I hold Governor Peter and Justice (Mrs) Odili whom I have known and worked with long before Governor Wike came into the picture. It will not occur to me to malign the person and image of people I hold up as role models.

“I hope Governor Wike or those working with him have not organized this protest with the intention of hanging it on our neck. To incense the Supreme Court towards us, knowing that we intend to approach the Supreme Court again.

“I have been so numbed by the events of February 13th that I could not even contemplate any other course of action than to approach the Supreme Court again. I am a man of peace and would not support any action that can cause a breach of the peace.

“On the issue of securing Governor Peter and Justice (Mrs.) Mary Odili, I have this to say: Governor Wike as Governor of Rivers State has the duty to protect all Rivers people including the Odilis. I hope he has lived up to this duty creditably. It is for Rivers people to judge.  As for the threat to me, ultimately it is God that secures not man or even a Governor.

“Let me conclude with these words for Governor Wike: “Those whose palm kernels were cracked by the gods should not forget to be humble.”

Wike Vows To Hold Oshiomhole, Sylva Liable For Any Harm On The Odilis