Kyari Wins Round One As Buhari Meets Service Chiefs Without Monguno

How Nigerians Reacted To Buhari's Speech 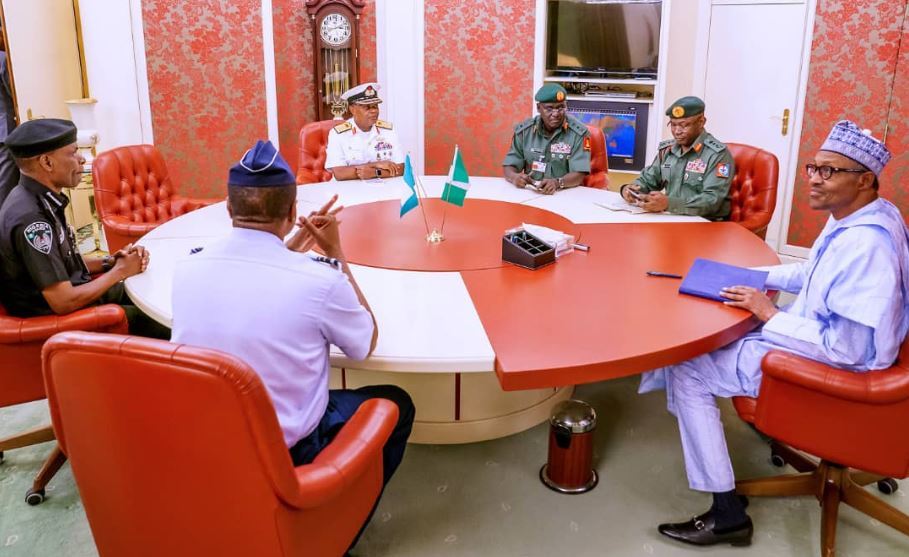 Abba Kyari appeared to be winning the power tussle over control of the security architecture in the Muhammadu Buhari presidency when the president had a special consultation with security chiefs with the National Security Adviser, Major General Babagana Monguno (retd.) absent.

The loud absence of the NSA at the meeting came against the background of the leaked memo he issued in late December in which he accused Kyari, the Chief of Staff to the president of taking indirect control of the security structures of the government.

The Monday meeting with the service chiefs was, however, termed a special consultation.

GreenWhiteGreen gathered that Monguno was absent and no reason was given for his absence.

The meeting came against the background of the surge in the calls for the retirement of the service chiefs who had been castigated for not squelching the rage of the Boko Haram insurgents despite nearly unprecedented five years in office.

In the leaked memo which came to national attention last week, Monguno had said that the “Chief of Staff to the president is not a presiding head of security, neither is he sworn to an oath of defending the country.

“As such, unprofessional practices such as presiding over meetings with service chiefs and heads of security organisations as well as ambassadors and high commissioners to the exclusion of the NSA and/or supervising ministers are a violation of the Constitution and directly undermine the authority of Mr. President.

“Such acts and continued meddlesomeness by chief of staff have not only ruptured our security and defence efforts but have slowed down any meaningful gain that Mr. President has sought to achieve.”