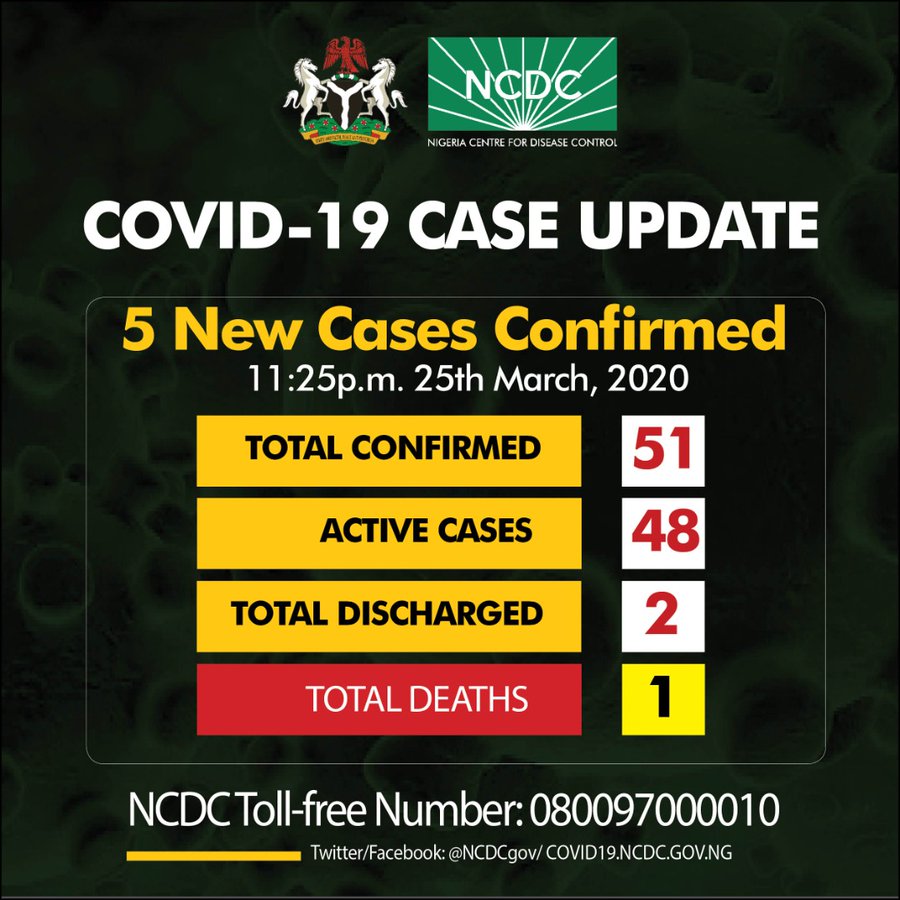 Despite Nyesom Wike’s decision to close Rivers State to all air, sea and land traffic, his state became the ninth state in the country to receive the coronavirus following the disclosure of five new cases of the virus in the country.

Of the five new cases, one was discovered in Rivers State and two cases each in Lagos and the FCT.  The development brought the total number of cases in the country to 51/

Of the five new cases, three were returnees into the country while two were close contacts of earlier confirmed cases.

Lagos continues to lead the number of confirmed cases with 32 cases followed by FCT with 10.

Earlier on Tuesday, Governor Wike had decided to close the state to all land, sea and air traffic following the disclosure that a coronavirus infected lady had sought to board an aircraft from Abuja to Port-Harcourt but was stopped.

Parents To Be Barred From COVID-19 Kids – Minister