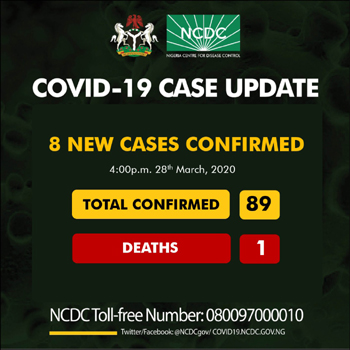 The COVID-19 pandemic inched further towards the North on Saturday as it was revealed that Benue State got its first case as the National Centre for Disease Control, NCDC announced eight more cases as at Saturday afternoon.

The remaining seven cases that were announced were in Lagos as the number of cases in the nation’s commercial capital reached 59.

The NCDC announced the latest figures as thus:

It broke down the spread among the states thus: