My Next Man Must Do Written Exam - Okagabare 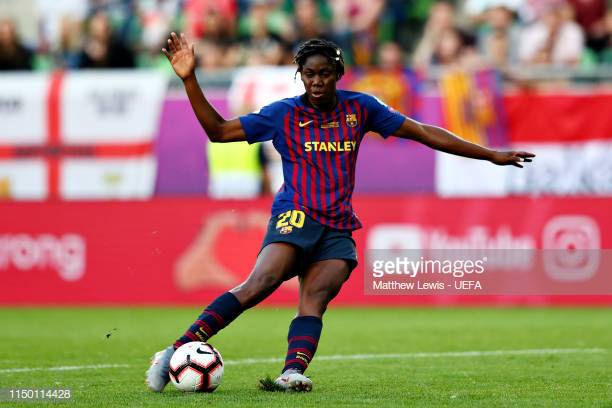 Asisat Oshoala took to her twitter handle @asisatoshoala to celebrate her Barcelona’s Women team as they were declared champions of the 2019/2020 Spain’s Liga Iberdrola.

“21 games played, 19 won, 2 draws, 0 defeat, 86 goals for, 6 goals against. Top of the league since game day 3,” the four-time African Football Player of the Year wrote on twitter.

“I’m just gonna say we have the best team. Congratulations my queens, ever working technical crew, fans all around the world. WE MADE IT ! CHAMPIONS 19/20”.

The team was declared champions on Friday after the national soccer federation’s executive committee agreed to end all non-professional competitions due to the COVID-19 pandemic.

The 25-year-old had won the Copa Catalunya last August and Super Women’s Cup in February.