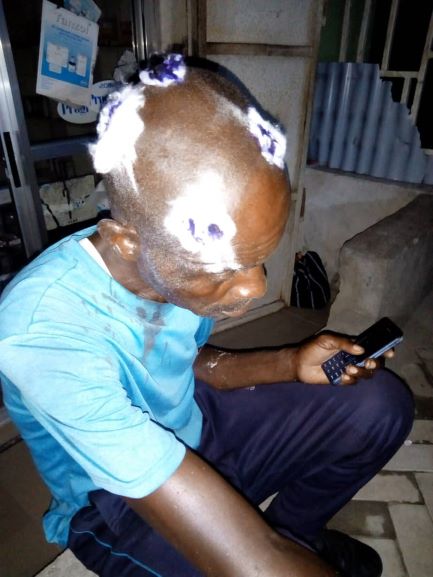 The Sole Administrator, Rivers State Waste Management Agency, RIWAMA, Bro Felix Obuah has condemned what it Monday described as the unwarranted arrest, detention and attacks on Service Providers, working with the Agency.

Obuah in a statement issued on his behalf by his spokesman Jerry Needam said the action of the security men was contrary to the directives of Governor Nyesom Wike excluding the RIWAMA service providers from the lockdown.

The Sole Administrator, RIWAMA, Bro Obuah noted with sadness that in spite of the Governor’s clear directive, Service Providers working with the Rivers State Waste Management Agency, RIWAMA, carrying out daily evacuation of wastes from the streets and roads  of Port Harcourt, the Rivers State Capital and its environs have been on many occasions attacked, subjected to severe beaten, wounded by some locals and, in some cases arrested, detained and their operational vehicles impounded by security agencies.

He noted among other cases,the attack of “one of our Service Providers and his staff, beat them to stupor and inflicted deep cuts on their heads and bodies, with machetes.”

According to him, those wounded are all critically lying in the hospital.

“In view of the foregoing therefore, the Sole Administrator, Rivers State Waste Management Agency, RIWAMA wishes to inform the general public, particularly the law enforcement agencies, and the community boys who are masquerading are COVID-19 Enforcement Teams, that Service Providers working with RIWAMA are under those on essential services and are covered by the pronouncement of the Governor that they are authorized to do their work without any obstruction.

“Services Providers working with the Rivers State Waste Management Agency, RIWAMA which are authorized to do their daily work of evacuating refuse in the State should be allowed to do their work without any arrest, attack, molestation and or restrictions.

“Wastes evacuation at this time of COVID-19 pandemic is key for the overall health condition of all those living and doing business in the State, therefore they should be encouraged to do their work, and not to attack, arrest and wound them, as we have witnessed in the past 6 days.

“The Agency has accordingly reported those arrest and attacks on its Service Providers to the Governor of Rivers State, law enforcement agencies, the Chairmen of Obio/Akpor and Port Harcourt Local Government Areas.”