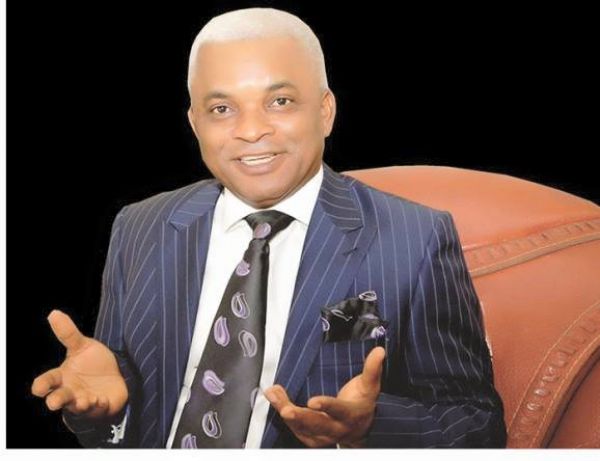 The entire world is currently at almost a standstill. The economy of even the most wealthy countries of the world is taking a plunge never known since the great depression of the 1930s.

Countries are worried about their economic future and leaders across the world are setting up think tanks to find ways of regaining their countries economic rhythm after the pandemic.

In Akwa Ibom State, the state governor has set up a post-covid-19 committee to help think out ways of pulling the state economy through in the aftermath of the pandemic.

Before COVID-19, there had been some very tepid attempt at looking at the state’s economy without oil revenue. One would be tempted to believe that the pandemic will help the state think outside the box and engage in vigorous economic and social reforms.

Pulling the state out of the economic doldrums that would likely follow the exit of COVID-19 can only come with far-reaching reforms in the economic sector and a reshaping of the people’s psyche.

I think the recalibration of the psyche of the youths is more important than even the economic reforms. It is the people that would power any economic changes and make them work.

There must be a critical shift from the belief that life starts and ends with politics and the patronage that comes with it. The youths have been primed to believe that the only way out is through politics and that is the reason why every effort is concentrated in political activities and self-interest based support.

The growing rate of entitlement mentality is what the state should urgently tackle. It has become so all-pervading that all you hear from the youths is that this politician gives or that, the other does not. But the ability to give or not, should not be one of the criteria for leadership assessment and effectiveness.

A leader post-covid-19 should be, that leader who is capable of taking hard, but positive decisions on behalf of the majority of the people and the effect in years to come. Leadership should be futuristic; having the vision beyond the now to know the direction the world economy is headed.

I have in this series chosen the model of political and leadership empowerment of Hon Eseme Eyiboh (erstwhile spokesperson, house of representatives), not because others have not done what he has done.

I have not selected his model because it has had the desired result in all the areas to be examined, but because it has the capacity to succeed and enhance growth when experimented at a larger scale, and better funding capacity, but with the proviso that the people’s political orientations and attitudes must change. The people must buy into the leader’s economic reforms and programmes for them to succeed.

I chose Hon Eyibohs model because I have been a consistent follower of his activities. I had the privilege of understanding the intricate thought process that went into the conceptualization and implementation of his constituency projects between 2007 and 2011, and so I feel it is a good pedestal to stand on and add to the debate on the way forward after COVID-19.

Today in this series, we take a look at Hon Eyibohs effort at channeling the people to agriculture and assess the successes and failures. To assess the farm projects put in place when Hon Eyiboh was the member of the House of Representatives representing Eket, Esit Eket, Ibeno and Onna federal constituency, I took a trip to some of them after many years.

The facilities looked desolate. The solar panels and submersible pumps have been vandalised and the infrastructure lay in ruins. The piggery and poultry infrastructure are in various stages of cracks and abandonment.

The intention was to create the much-needed employment for the youths of the area, create wealth and aim at protein sufficiency for the area and the entire state. All these farms came complete with solar infrastructure for the energy needs of the farms. Today the ruin in Ekpene Obo is replicated in all the other farms.

The farms were not just thrown at the communities. They were products of careful needs assessment and constructive community engagement. To man the projects, 21 youths, drawn from the catchment areas were sent for training in Integrated Agricultural Programmes at the Songhai Farms at Amukpe, Sapele, in Delta State.

To ensure that the projects succeeded, the promoter, in addition to the all-expenses-paid training at Amukpe, gave each of the trained youths a seed money of Five Hundred Thousand Naira [N500,000] each for post-training takeoff. Another four youths (two ladies and two males) were sent to Korea, China and Tanzania on Leadership, Agricultural Technology and Environmental/Waste management.

Today the farms are abandoned and most of the beneficiaries are back to the political field, bickering over party offices, political appointments and palliatives.

Nigeria is in the throes of economic strangulation arising from the visionless leadership that refused to see the light and diversify its resource base, choosing rather, to concentrate on the extractive hydrocarbon industry.

It is now a simmering reality that agriculture still remains a veritable means of saving the country and the economy from an economic wreck. There is now a concerted effort at diversifying into agriculture with some measures of successes, especially in the area of rice cultivation and processing.

It is, therefore, a salute to the reform mindedness and design thinking disposition of Hon Eseme Eyiboh for the agricultural initiatives back in the days when revenue was still healthy and emphasis was on how many cars a representative is capable of giving out.

The attitude issue took its toll, bringing to the fore the inherent harm in access to free money that has become the bane of our recent political engagement. These projects failed, not because they were not well-intentioned, but because such opportunities come dressed in hard work, which the beneficiaries were not ready to face.

If well managed by those trained and entrusted to handle those integrated farms, perhaps, the farms would have by now grown to employ many other youths, create enormous wealth for the beneficiaries and enhance the state’s ability to feed itself.

If such activities are replicated in other areas of agriculture like rice farming, cassava farming, maize cultivation and other staple food crops, where the youths are trained, assisted with extension supervision, modern high yield inputs and the operators monitored appropriately. Agriculture could still be the way forward.

Up next is the education model

David Augustine Esq is an Akwa  Ibom based Legal Practitioner; a Public Affairs Analyst and a Licensed Journalist.”