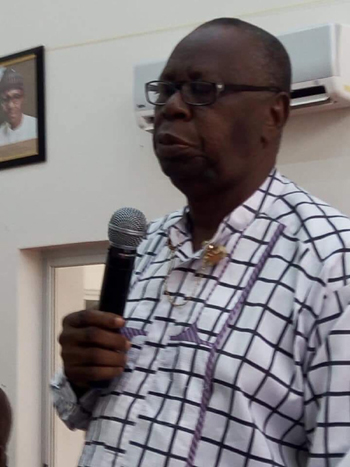 The former Governor said in a statement on Wednesday that Chief Doukpola, a man reputed for high integrity and honour, has committed years of meritorious service to God and man.

He said that Chief Doukpola’s services to Rivers, Bayelsa and indeed the Ijaw nation especially his exploits as a banker of great repute are worthy of celebration.

Ex-Governor Dickson said that Chief Doukpola played his role as a dependable elder and leader and rendered invaluable support, guidance and quality advice during his two tenures as Governor of Bayelsa State.

He said, “Chief Doukpola has rendered years of meritorious service to our people, humanity and God almighty over the years.

“He has been an exemplary leader and father and indeed a worthy role model to me and other younger politicians of our generation.

“His services to our people in Bayelsa, and Rivers and the entire Ijaw nation and his exploits as one of our foremost bankers are worthy of celebration.

“Throughout my eight years of service, as Governor of Bayelsa State, Chief Doukpola was a constant pillar of support, guidance and quality advice and that is a role he has continued to play.

“Chief Doukpola is a man that is highly reputed for integrity, probity and honour which made it easy for me to readily assign very sensitive responsibilities to him.

“On behalf of my family and I wish him a happy birthday and many more happy returns.”

The former Governor also thanked the leadership of the Peoples Democratic Party at all levels in Bayelsa for making our time to celebrate the foremost leader.

HOW Wigwe’s Hand Is Reaching Out At Home