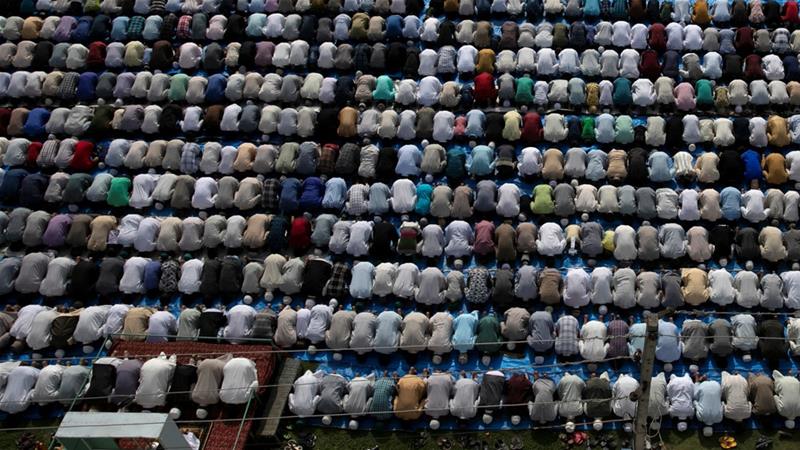 The public sphere has been filled with speculations on possible ease of lockdown for the Muslim faithful to gather and have their Eid-il-Fitr prayers and celebrations in grand style as it has been the status quo.

While some Governors especially in the Northern states of the countries have given their nod to the gathering upon the completion of the fast of the month of Ramadan, some others are still sitting on the fence without indication of their green or red light.

To a common man on the street, this should not have been an issue of deliberation talk more to be made open to the public. The embargo placed on gatherings of whatever nature should remain pending when the pandemic seems to be completely eradicated.

Some quarters might claim we need to fight this pandemic spiritually while the health practitioners keep fighting it medically, no doubt it might but that should not be while exposing people the precious lives of the innocent citizens.

If at all there would be any need for the spiritual fight, the full month of Ramadan would have been the best with the level of spirituality attained by the Muslim faithful. Alas!

The faithful were instructed to carry out their spiritual devotions and religious activities right in their homes to maintain and sustain the sanctity of the lives of the citizens.

Definitely no one of the Muslim community would not miss the atmosphere experienced on the day. The love, happiness, joy, and fun the day is filled with is none without equal. The trouping out en masse to the Eid grounds, the handshakes and hugs, group pictures, and many other experiences one cannot think of missing or let go easily.

To the younger kids, the new clothes, shoes and fashionable wears which brand them amongst their peers is another not to be experienced this year. Even what precedes it, the Ramadan fast, the experience was lost. But can’t we sacrifice our happiness for a little while to have an everlasting one? This is the question for the wise and the answer is not far from reach.

How realistic would it be to practice the precautionary measures put in place such as social distancing, hand washing with the continuous and geometric increase in the daily discovery of new cases, which have maintained a three figures appearance, when you make way for the citizens to roll out to the streets in their massive numbers to the Eid ground?.

One major cause of this, community transmission, since the borders are completely shut even ban on interstates movements. This transmission indicates that the interaction and mingling amongst people within the states are skyrocketing the figures on a daily basis. So why the ease for the Eid prayers? To jeopardize our sacrifice of over a month for the enjoyment of a day?.

How many people would be able to wash their hands at the Eid ground?, how many handshakes can be prevented?, What level of social distancing can be maintained?, Why create gatherings of crowd when we are warned against one?, How many materials could be disbursed to these places for testing? The cost and logistics? Even when a large percentage of the citizens are yet to get tested? These are questions calling for answers from the authorities.

The Islamic faith especially recognizes the holiness of human lives. In its Holy Qur’an, Suratul Maidah, Chapter 5, Verse 32: it reads “Because of that We ordained for the Children of Israel that if anyone killed a person not in retaliation of murder, or (and) to spread mischief in the land – it would be as if he killed all mankind, and if anyone saved a life, it would be as if he saved the life of all mankind.

And indeed, there came to them Our Messengers with clear proofs, evidence, and signs, even then after that many of them continued to exceed the limits (e.g. by doing oppression unjustly and exceeding beyond the limits set by Allah by committing the major sins) in the land!”.

If the Supreme Being you are submitting to valued the lives it has control over, why place it at risk of being gotten terminated?.

Top Muslim countries such as Turkey, Saudi Arabia have totally shut down the country with the prohibition of gatherings on Eid day. Prominent Muslim scholars across the world have also given their fatwa (Islamic judgment) on the issue, calling for the Eid prayers to be observed at the homes.

Shotonwa Waheed is a journalist and can be reached via shotonwa.waheed@gmail.com and 08087494866