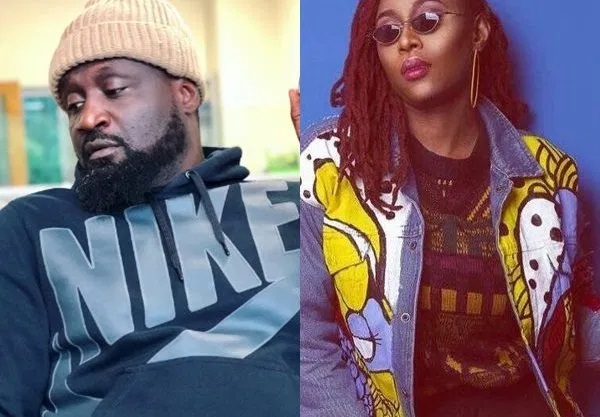 Nigeria’s entertainment industry has been shaken over the Sallah holidays by allegations and counter-allegations between one-time promising musician Cynthia Morgan and her former manager, Jude Okoye.

At the centre of the allegations is the repeated disagreements between musicians and their recording labels.

Before now, Nigerians had been entertained a few years ago to the case of hip hop star, Oluwatobiloba Daniel, popularly called Kizz Daniel and G-worldwide entertainment company in 2017.

The contract saga between the two parties led to the artiste changing his stage name from Kiss Daniel to Kizz Daniel. After the saga, Kizz Daniel established his own record label, Fly Boy Inc.

Morgan had at the weekend narrated how she lost everything in music, including her previous stage name to the CEO of Northside Records, Jude Okoye (Elder brother of P-square), in an Instagram chat.

Morgan said, “Jude Okoye took over my VEVO account, made me stop using Cynthia Morgan as a stage name because he claimed I did not pay him all the money spent on producing my videos.

“I would have won if I battled him back then but I felt it wasn’t necessary. I paid for my accommodation, the only thing he did for me was to shoot videos that he didn’t even promote.

“I fell ill in December 2018 and it lasted for like six months. I became depressed because I felt I was not where I needed to be.”

Her narration drew sympathizers to her, as many Nigerians, including music artistes encouraged her not to give up with her dreams.

Allegations against Northside records did not end at the Morgan’s story, another music artiste, Akinmayokun Awodumila, popularly known as May D, in series of tweets, on Sunday, said he was badly treated during his short stint with the label in 2012, saying he was sleeping on TV cartons at the boys’ quarters with the driver.

May D tweeted, “For your information I was staying in their boys’ squatters with their driver and their cook just one room all of us shared a toilet and I had big songs and also the other side of their twin duplex was empty! Now! I slept on brand new television carton used my shirt as cover cloth.”

When a Twitter user hinted that he was greedy for leaving the Northside records, he noted that during his time with the record as at 2008, he did not have a bank account for himself.

The issue drew reaction from Peter Okoye, who is having a sour relationship with his brothers (Jude and Paul), making him leave the record label and dissociating himself from the P-square collaboration.

Amdist the controversy, Hip hop star, Adeleke David popularly called Davido offered a glimpse of hope for Morgan, hinting that he may do a collaboration with her, while asking Morgan to call him.

Reacting to the allegations leveled against his record label by Morgan and May D and the issues surrounding his twin brothers, P-square, Jude Okoye, in an Instagram chat with popular influencer, Tunde Ednut, refuted the allegations.

Jude said he did not stop Morgan from using her previous stage name (Cynthia Morgan), while claiming that  Morgan owes him over N40 million.

He also denied the claim that he failed to promote the artiste, noting that Morgan has a bad relationship with other artistes in the entertainment industry.

Jude said, “All this time, she has been trying to make me come out in the media. Why I came out this time was because Peter put mouth for this matter. It is very obvious that even if I’m found dead at the corner of the street, Peter would still have something negative to say about me.

“I don’t understand why. Nigga, I’ve not spoken to you since 2017 September. People are rallying around doing Go Fund Me. Good. But all this while, how come none of her colleagues have come to her rescue? Not even rescue as in giving her money or sponsoring her. I mean rescue as in identifying with her.

“That is how she burns all the bridges I connected for her out of ego. She looked me to my face and told me’ What the fuck have you done for me.”

Reacting to the allegations of May D, Jude said the artiste made high demand like getting a car and an apartment in Lekki, Lagos, two weeks after signing a contract with him.

The issue set tongue wagging on the social media with many Nigerians asking whether Morgan read the clauses of the contract signed by her with the Northside records.

Now the ball has been thrown back at Cynthia Morgan with Nigerians now asking if she lied about her issues with Jude and if she did, how many were lies and why?