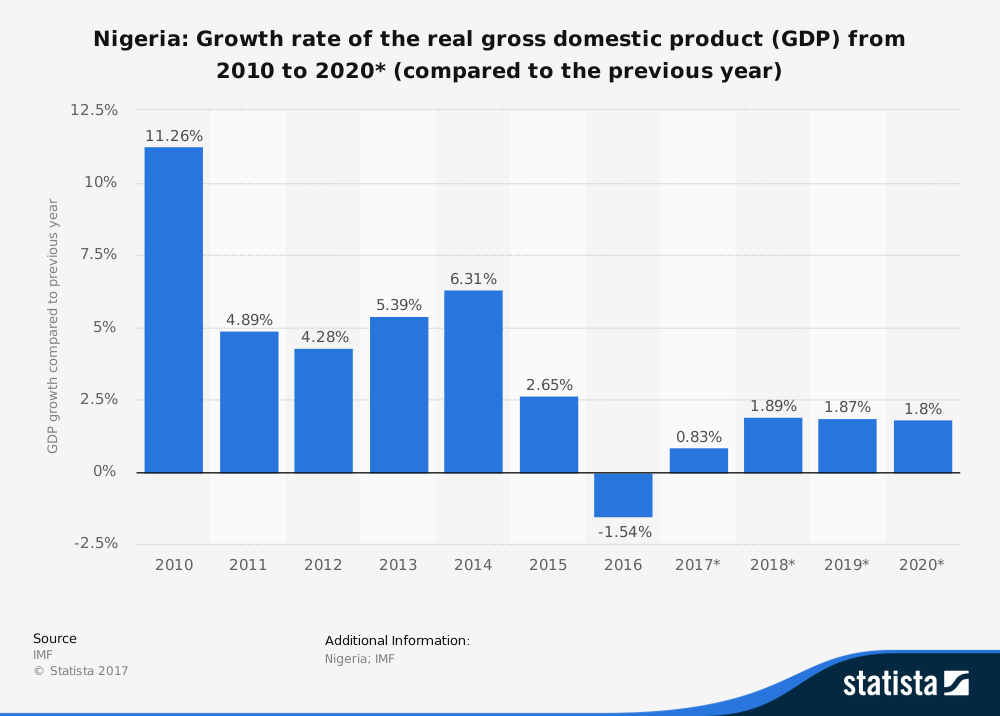 The National Bureau of Statistics (NBS) says the country’s Gross Domestic Product (GDP) grew by 1.87 percent year-on-year in real terms in the first quarter (Q1) of 2020.

The NBS disclosed this in its GDP Quarterly Report released on Monday.

It explained that this performance was recorded against the backdrop of significant global disruptions resulting from the COVID-19 public health crisis.

According to the bureau, quarter on quarter, real GDP growth was –14.27 per cent, compared to 5.59 per cent recorded in the preceding quarter.

The NBS, however, stated that during the first quarter of 2020, an average daily oil production of 2.07 million barrels per day (MBPD) was recorded.

“The oil sector recorded a real growth rate of 5.06 per cent year on year in Q1 2020, indicating an increase of 6.51 per cent points relative to the rate recorded in the corresponding quarter of 2019.

The bureau stated that the four sub-activities which make up the agriculture sector like crop production, livestock, forestry and fishing sectors grew by 22.47 per cent year on year in nominal terms in Q1, 2020.

It noted that this showed a decline of -0.11 per cent points from the same quarter in 2019.