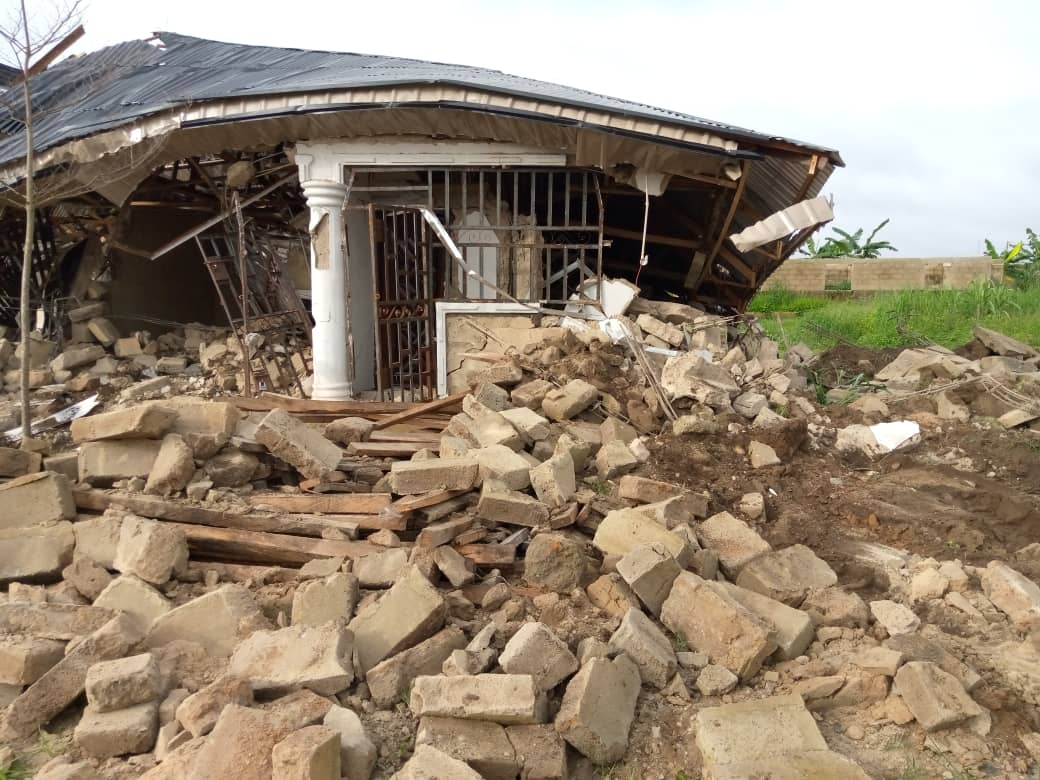 The Cross River Government has demolished four buildings in Calabar South owned by suspected kidnappers who have been declared wanted by the state government.

Three of the buildings that were destroyed at the quarters of the Cross River University of Technology, Calabar, were owned by one of the suspected kidnappers, Kufre Ekpo-Etim, popularly called “Romance”.

The News Agency of Nigeria (NAN) reports that the other building which was used as a brothel in Bedwell area of Calabar South, was owned by Cyril Bassey, who is also on the wanted list of the state government.

Bassey, is a Councillorship candidate of the People’s Democratic Party in Ward 6, Calabar South, in the forthcoming May 30th local government polls in the state.

Mr Ani Esin, the State Security Adviser, Southern Senatorial District to Gov. Ben Ayade, told NAN that the two suspects were among those earlier declared wanted by the state for their involvement in cultism and killings in Calabar.

Esin said that the state government in collaboration with security agencies have been on the chase for the suspects in the past three weeks.

According to Esin, the state government carried out the demolition with the support of the Special Anti-Robbery Squad (SARS).

“These are buildings of suspected kidnappers in Calabar who also trade on hard drugs. These buildings were used as hideouts for criminals in Calabar metropolis.

“We have been on this exercise for sometime now, trying to fish out the criminals in their hideouts.

“For sometime now, there have been cases of cult clashes which have led to the death of many people. We are taking those deaths seriously; we must get to the bottom of the matter by arresting those involved in all the recorded deaths.

“We will stop at nothing in getting justice for the deaths of those affected,” he said.

He told NAN that the 35 names on the wanted list of the state government were those with criminal cases, ranging from cultism, kidnapping, murder and armed robbery.

“The state government is determined to ensure that lasting peace is returned to Calabar. We are collaborating with all relevant agencies and stakeholders to deliver on this mandate,” he said.

He called on residents to always avail his office and security agencies with useful information that would lead to the arrest of suspected criminals around them.