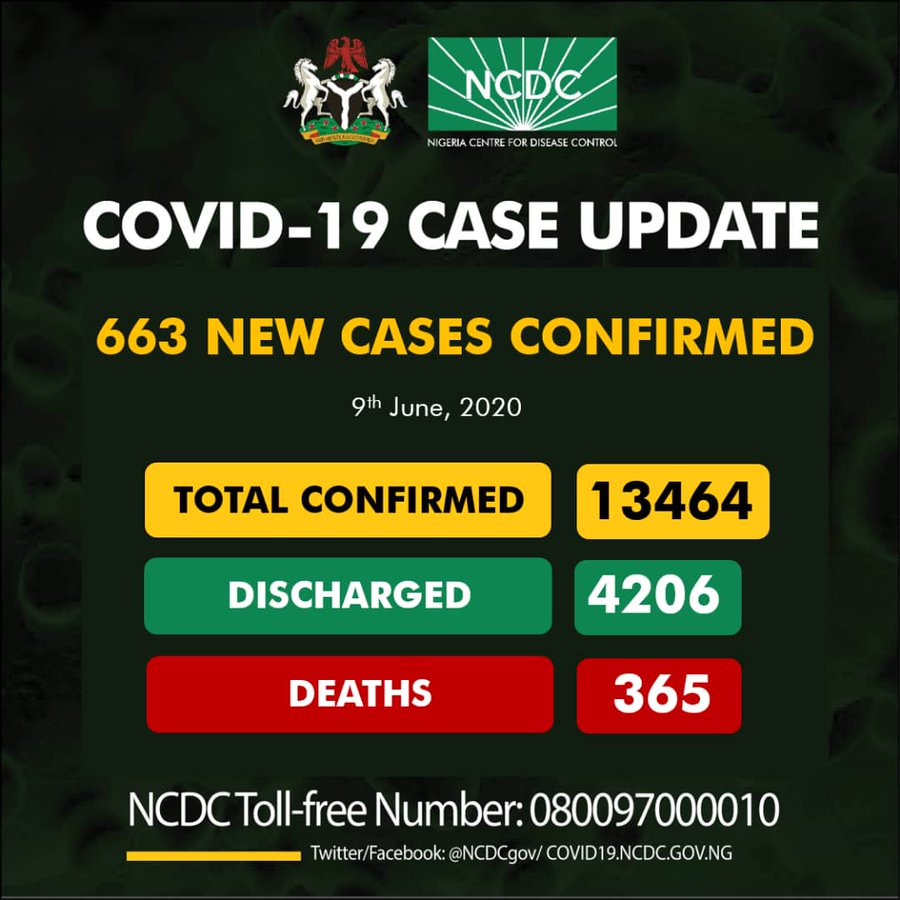 Nigerians were set to be on edge on Wednesday following an explosion of the COVID-19 pandemic with new cases reaching a new peak of 663 on Tuesday.

The 663 new cases reported in 25 states and the FCT, about the most diversified reports since the outbreak of the pandemic in the country in February.

The development brought the total number of infections in the country to 13,464 out of which 4,206 have fully recovered and 365 deaths.

There were, however, four deaths reported by the Nigerian Centre for Disease Control, NCDC in its daily official reports on its twitter page late on Tuesday.

Lagos State led the daily number of new cases with 170 new cases followed by Ogun which reported 108, then Bauchi 69, Ebonyi 49 and Edo 33.

The COVID-19 situation in the states is as follows: