Has The Tinubu, Fayemi 2023 War Started? 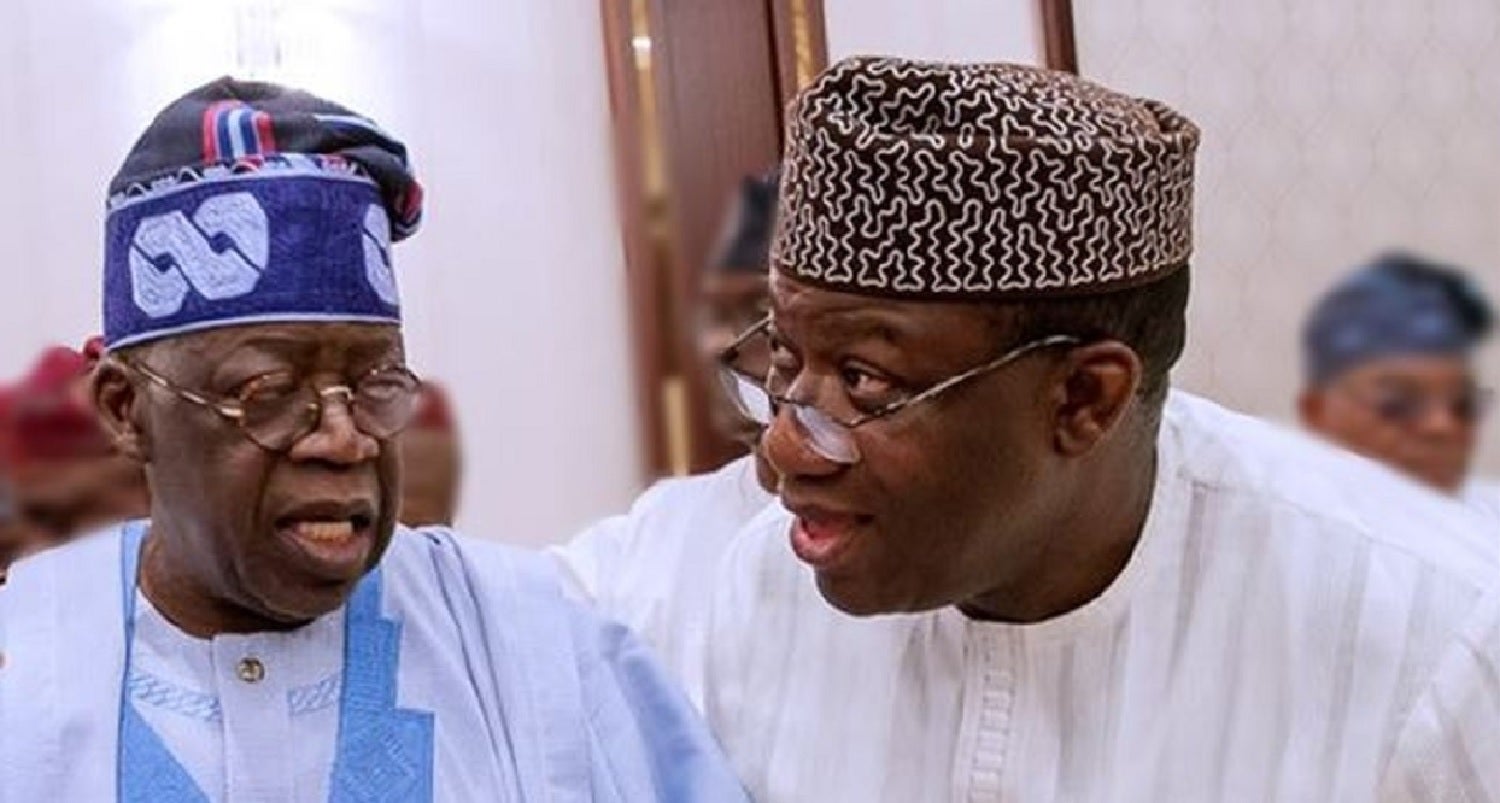 The crisis in the Ekiti State Chapter of ruling All Progressive Congress (APC) is beginning to intensify with some political observers saying Governor Kayode Fayemi is gradually building his political structure with an eye on 2023.

His alleged bid is in rival to that of the acclaimed bid by his one time political patron, Asiwaju Bola Ahmed Tinubu whose 2023 bid has been gaining national traction.

As Chair of the Nigeria Governors’ Forum, Fayemi had been at the forefront in the bid by the governors to break the perceived powers and influence of Tinubu over the national leadership of the party as symbolised by the APC National Chairman, Adams Oshiomole.

Tinubu is generally acknowledged as the power behind Oshiomhole.

Fayemi reportedly worked in league with some other governors to remove Oshiomole from power in March 2020. That bid was seriously countered by Tinubu who worked behind the scene before the bid derailed.

After the failed bid in Abuja, it now seems as if the battle between the two men has now distilled to Ekiti State, supposedly the foothold of Gov. Fayemi.

Therefore to hold on tight to his State, Fayemi is believed to be a using a combination of carrot and stick to mould the party into his image.

As it is the party in the state is now a stronghold of the governor.

This has led to some quitting the party while others are staying back to fight the governor from within.

Oni was the first runner up in the primary election that brought Fayemi to power among other 31 aspirants.

The problem between Oni and Fayemi transcended the primary election as the former claimed there was a pact between them that the latter as Minister of Solid Minerals will support him in the 2018 gubernatorial election.

Oni further claimed that there were errors during the inconclusive governorship primary in the state, this led him to go to court.

While Oni and his supporters have left the party waiting to fight another day, Special Adviser to President Muhammadu Buhari on Political Matters, Senator Babafemi Ojudu has remained to fight from within.

He recently launched an attack saying the government of Ekiti State under Dr Fayemi has performed below expectations since it assumed duties in 2018.

He noted that the performances of the governor was giving the party bad light in the eyes of the citizens.

The presidential aide said that majority of those that worked for APC victory in 2018 have been abandoned and sidelined on the affairs of the party.

The position of Ojudu is understandable as he is a known protege of Tinubu who also has an eye for the 2023 presidency.

In the coming days the crisis in the party may worsen as the actors go for broke over the 2022 Governorship polls and who gets what for 2023.

Giwa Confirmed As Clerk Of House Of Reps