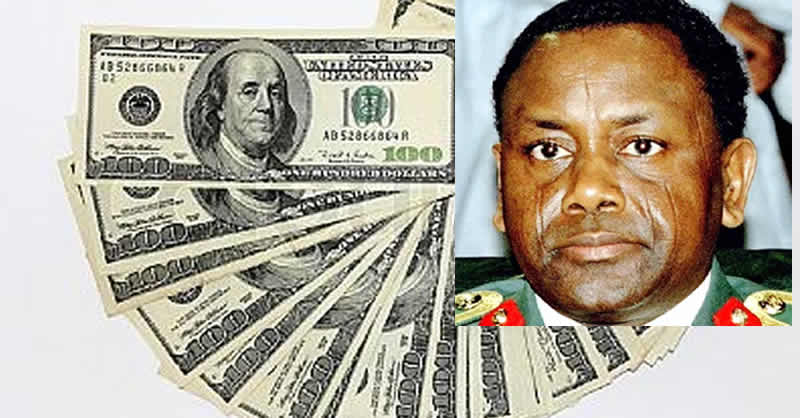 To avoid the effects of economic sanctions imposed on Nigeria, the administration of Late General Sani Abacha agreed with Emirs, Chiefs and VIPs before moving billions of naira now referred to as “Abacha loot” overseas, his alter ego has said.

Major Hamza Al-Mustapha who served as Abacha’s Chief Security Officer, CSO disclosed this during a program aired on BBC Hausa, Vanguard has reported..

Al-Mustapha said Abacha made the move because “there was a period Nigeria was to be sanctioned”, so there was a need to “keep money overseas so that Nigeria and Nigerians would not suffer, when the sanction was imposed on the country.”

“We gathered Emirs and Chiefs from the South and from the North, together with VIPs of that time, those in government and those not in government.”

According to him, “I’m saying this based on what I know and based on trust to Nigerians, their dignity and honor. ”

“We met at a place called Camp Bassey officer’s mess in the Brigade of Guards. It was there we deliberated on the threat to sanction Nigeria. Many decisions were made.”

“It is surprising…. you should know when a person is opening an account, it is that every person that will go to the bank for biometric capture.

“The person’s photograph will be taken, he will avail the bank with the required information, the source of the money, all these are requirements that must be met. The portfolio capital movement, also the time and date of the movement.”

“Have they ever seen where late Abacha appended his signature or thumbprint that the money belonged to him.?

“I’m surprised by the way Abacha is been blackmailed .”

“I am surprised because when he assumed leadership, Nigeria had less than 2 billion in the foreign reserve. Things were not organised. “.

“But within 4 years and 8 months, he did what was possible to raise it to over 9 billion dollars ”

“But after his death, all these billions vanished in 9 months.”

“The person that raised Nigeria’s image and enhanced security is now the subject of insult. But those who shared the money he left, are still alive and untouchable.”

Survivor’s Story Of How 81 Were Killed In Borno