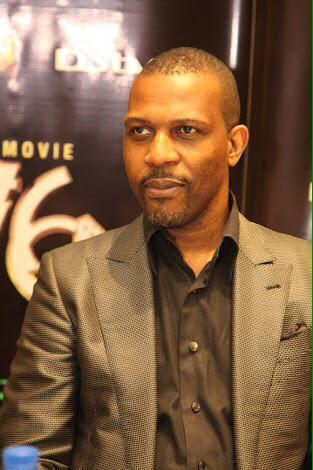 I belong to the group of Amaechi supporters that believes peace is better than war. Since we are not afraid of wars, there is no way on this we earth we can be afraid of peace. We do not operate out of fear. God wasn’t foolish when He said in Isaiah 1: 18, “Come let us reason together.” It was option 1.

While we have our own reservations about the recent court judgments, we respect the rule of law and know that if we want a different result in the courts or at the polling booths, we must begin with different actions here within our party.

We will need a new strategy. Including a legal one. We can’t keep doing the same things and expect to get different results.

While I know from my consultations that there are some that agree with me, there are some who do not. As I respect their right to be skeptical and understand the views that they have expressed, I expect them to do likewise for me. There is more than one way to the market.

My own path will be peace. Others may prefer the court. It’s their right and a matter of choice. The two options are not mutually exclusive. We still stand with Amaechi.

My appeal to Hon. Igo Aguma, is to conduct yourself with the wisdom this moment deserves.

The tone of your inaugural press interaction as the Acting Chairman was markedly different from the previous letters and the majority in the party, who you know stand with Amaechi and his team, just want to be given a fair chance to express themselves in a congress.

They feel betrayed by the system, and it is through no fault of their own. You now have the chance to show them, the leadership style that you preach.

A party that reflects only Magnus Abe or any other interest and their supporters is not going to take us to the promise land. Neither is one that will reflect only our former Governor, the Honourable Minister and his key team.

Everyone should be given a chance to get involved now. This is precisely where I differ on the recent Dele & Ors judgement. Everyone in APC should have been allowed to contest any Congress.

We’re now in 2020. Not just those members who purchased forms in 2018. A lot has happened since then. But it is what it is. The court has spoken.

Finally, nobody should be surprised at either side showing distrust. The history of “betrayal” is long and the nerves are still raw.

People are very afraid. Some even of their shadow. Those who are not, will go ahead and look for peace outside a court. Boma Erekosinma said, “I dey there better pass dem say.”

We have put too much into APC to be observers.  If truly you believe that Wike plans to take over the APC, through Igo Aguma, Magnus Abe or anyone, complaining is not a strategy.