Fears Of Second Wave Of COVID-19 In Nigeria 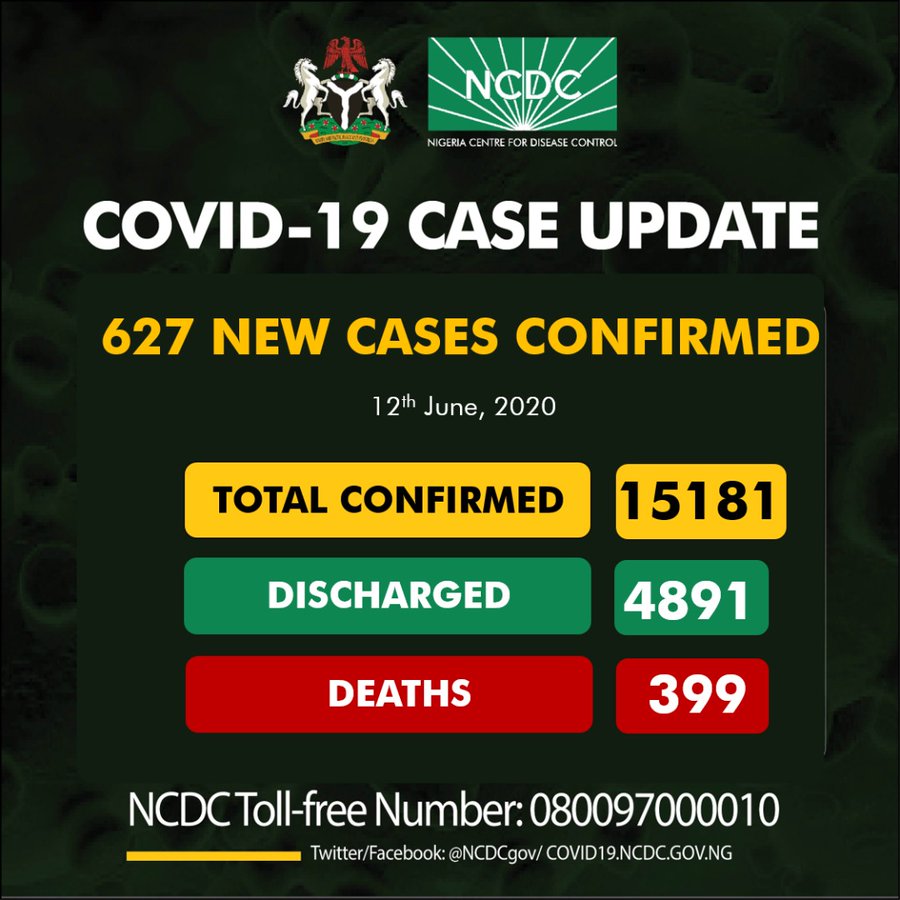 Nigeria recorded 627 new cases of COVID-19 in 22 states and the FCT on Friday, the Nigeria Centre for Disease Control, NCDC reported late in the night.

The FCT had 65 while Abia reported its second highest number of cases with 54 cases.

The new cases brought the total number of cases in the country to 15,181 with 4,891 persons having recovered. In the same period, 399 deaths were recorded according to the figures released by the NCDC.

The NCDC in its daily report tweeted thus on Friday night:

The distribution of COVID-19 in the states is as follows:

Infectious Disease Bill Gives Much Power To Me – NCDC DG