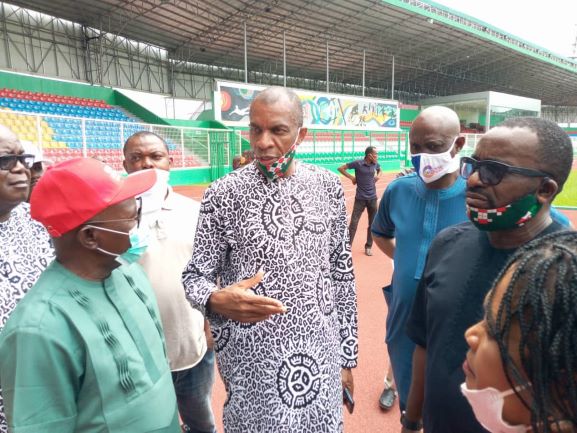 The Edo State Chapter of the Peoples Democratic Party (PDP), has applauded Governor Godwin Obaseki’s developmental strides in the various sectors of the state.

The Chairman, Edo PDP, Dr. Tony Aziegbemi gave the commendation after inspecting facilities at the Samuel Ogbemudia Stadium in Benin City, ahead of the party’s forthcoming primary election scheduled to hold on June 19th 2020.

Addressing journalists at the stadium, the state PDP chairman expressed appreciation to the governor for approving the use of the Samuel Ogbemudia Stadium for the conduct of the party’s primary election.

He noted that the PDP is very impressed with the transformation of the Samuel Ogbemudia Stadium, adding, “We are going ahead with our preparations and on the 19th of June, we are coming here to do what we know how to do best, and we will do it peacefully.

“We have 2,100 delegates. The stadium has a capacity for 15,000; so as you can see, we are going to maintain social distancing. We will abide by the rules and regulations as contained in the Gazette by the state government.”