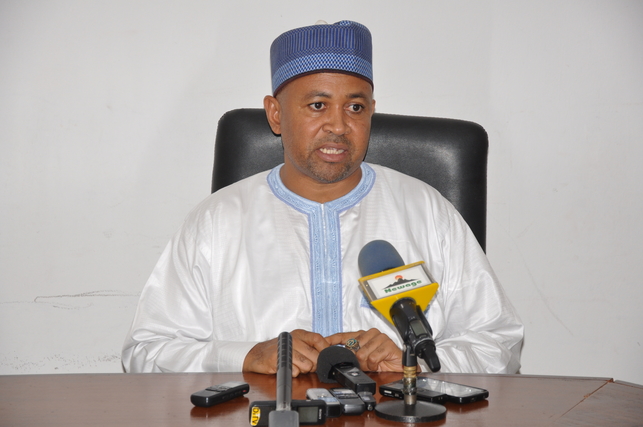 A Professor of Parasitology and a Chieftain of the All Progressives Congress (APC) in Kaduna,  Shehu Usman Adamu, said though the North had been in power, but it is presently in ‘serious’ problem and bedevilled with monumental developmental challenges, under the administration of President Muhammadu Buhari.

Usman Adamu, a fanatical supporter of President Buhari and popularly known as Danfulani, disclosed this in an emotion-laden voice amid tears, in a video post he made on the plight of the North and its citizens.

Speaking in Hausa language in the clip which PRNigeria obtained yesterday, Professor Adamu lamented that the North is bedevilled with critical issues hindering its socio-economic development.

A former Commissioner of Education in Kaduna State under Governor Nasir Elrufai, Danfulani said while other regions in the country are beneficiaries of various projects, the North has been left to settle with substandard, if not totally absent infrastructural projects.

“Roads contracts in other geo-political zones have been completed or almost completed. But the ones in North have been abandoned, and till he finishes his second term in office, prominent road projects in the North such as the Kano-Abuja expressway, and several others will remain uncompleted,” he added.

The staunch political associate of Mr. President further observed that nothing has been done on the Katsina – Kano highway which dualization contract was also awarded by the All Progressives Congress, APC-led Federal Government (FG).

He said: “The condition of roads in the North have further become deplorable. Talking about railway, the railway line from Kano to Abuja via Kaduna is still a dream. Nothing has been done. No to talk about the one they promised to do from Kano, to Katsina, then Daura.”

Danfulani, who profusely was shedding tears while speaking, said many Nigerians were excited about the dignity Buhari restored to the farming profession, through his diversification agenda, launched immediately after he assumed office in 2015.

He however, added that farming has become almost impossible amid the prevailing insecurity ravaging the country.

He maintained that it is disturbing that bandits have continued to unleash mayhem on innocent farmers and ordinary villagers in Zamfara, Sokoto, Katsina, Kaduna and several places in the North.

A situation, he said, has affected the productive activities of farming and source of livelihood for many peasant farmers in the North.

Professor Adamu, who once contested for a seat in the Kaduna State House of Assembly, while decrying the spate of killings in Borno and other States in the North, said: “It has become so scary that bandits now fix the amount of money to be paid before farmers in Zamfara are allowed access to their farms. And if Northerners don’t farm, we all know what it will spell.

“So, I am calling on you, President Muhammadu Buhari to come to our aid. Come and rescue those who stood by you and voted you into office. That we love you doesn’t mean we shouldn’t tell you the bitter truth when things seemed not to be working, at all.”

Why Umahi Is After Me – Onyike – Ex-Commissioner