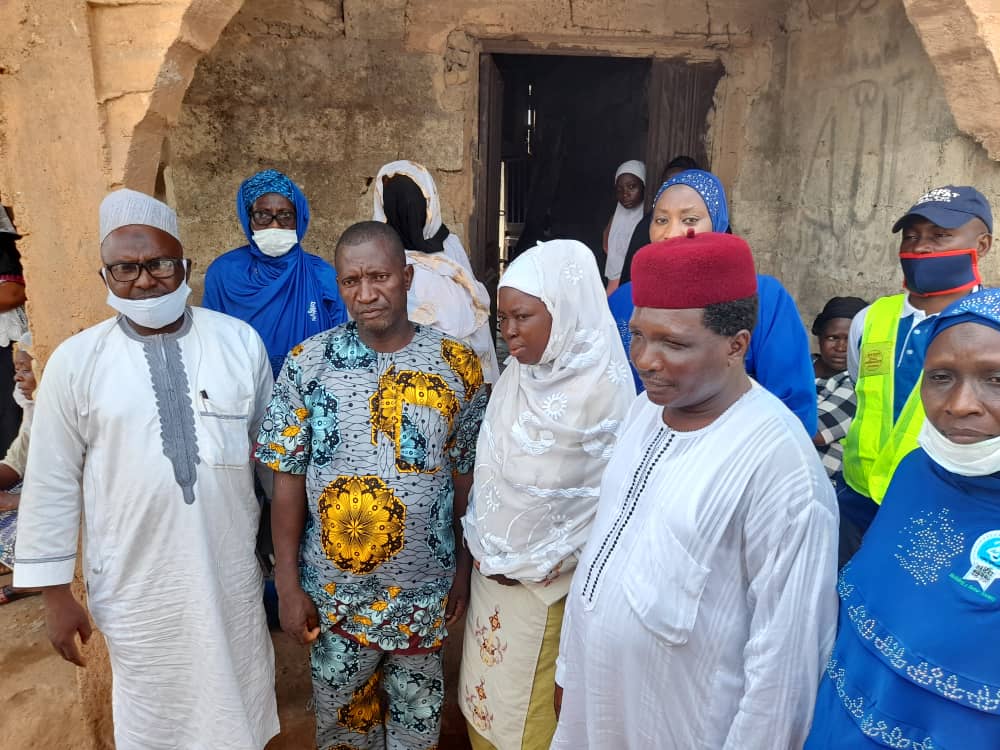 The Nasrul-Lah-Il-Fatih Society (NASFAT), on Sunday in Ibadan, paid a visit to the family of the late Miss Barakat Bello, a student of Federal College of Animal Health and Production, Ibadan.

The News Agency of Nigeria (NAN) reports that the late Bello was, on June 1, allegedly gang-raped and murdered behind her family home by yet-to-be-identified assailants.

NAN also reports that the delegation, led by Alhaji Sa’adudeen Adekilekun, Oyo Zonal Missioner of NASFAT, visited the family at their residence in Akinyele Local Government area of the state.

Adekilekun, while commiserating with the family on the loss of their daughter, prayed God to grant the deceased aljanah firdaos and the parents the fortitude to bear the loss.

He enjoined the family to take solace in the fact that God is the giver and taker of lives, and that only Him could console them on the loss.

“The holy Prophet Muhammed (SAW) says we should always commiserate with others when calamity befalls them and also rejoice with them whenever good things happen to them.

“We are here on the directive of our national leaders and as part of NASFAT’s arrangement of extending the spirit of brotherliness to both Muslims and non-Muslims across the world,” he said.

Adekilekun called on citizens to be more security conscious, even as he admonished the perpetrators to have a change of heart, repent and turn back to God.

Alhaji Abdulwasiu AbdulGaniyu, the state Secretary of NASFAT, said that they were with the family on the directive of their President, Alhaji Mumeen Yusuf and the National Missioner, Alhaji Ma’aruf Onike.

He quoted the national leaders of the association as directing them to assure the family that they were ready to assist them, wherever such was needed.

Alhaja Faosiyat Lawal, the National Children Affairs Secretary and Alhaja Aminat Ahmed, the state Zonal Women Leader of the association, in their separate remarks, urged the family not to allow the unfortunate incident to turn them back from God.

They both prayed God to continue to protect and bless their remaining children and make them sources of blessings to the family.

In her response, Mrs Kafayat Bello, mother of the late Barakat, thanked the NASFAT delegation for the visit and prayed that God would continue to bless them.

She said that the family would appreciate whatever assistance that could be rendered to them by the Islamic group.

NAN reports that the visit, which featured special prayer for the deceased and the family members, was witnessed by the deceased’s father, Mr Kazeem Bello, members of the family as well as relative.