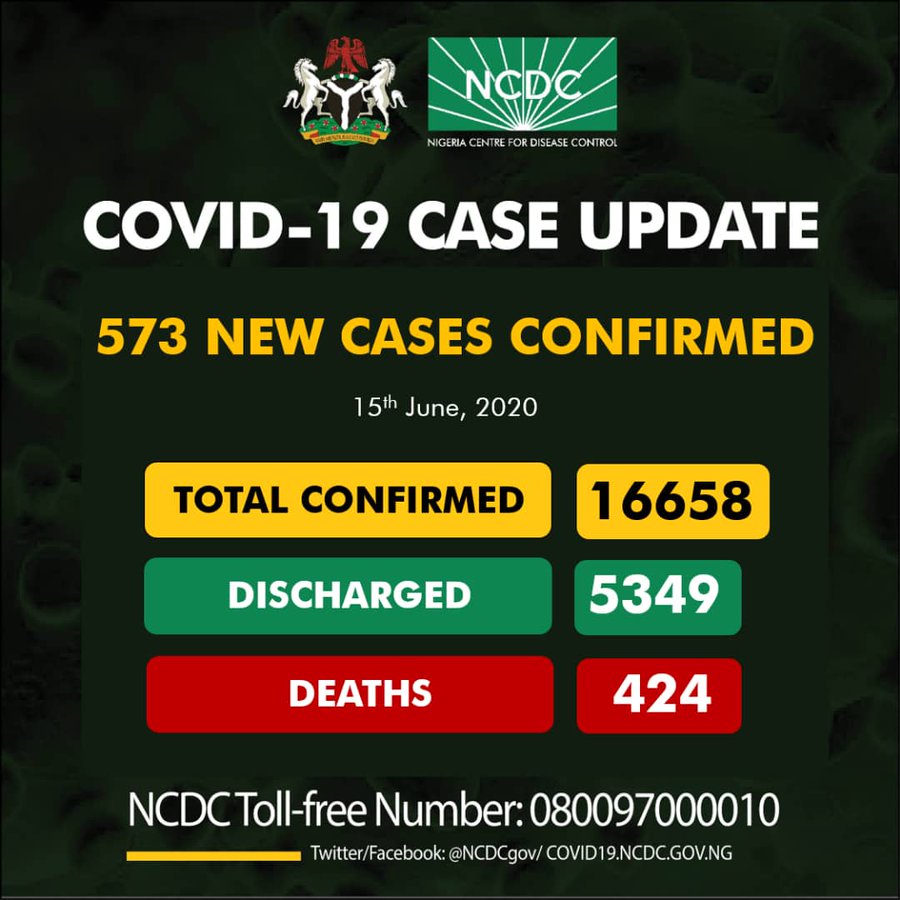 Nigeria recorded 573 new cases of the COVID-19 disease on Monday, the Nigeria Centre for Disease Control reported in a tweet late on Monday.

The new cases were reported from 19 states of the country and the FCT.

The highest number of cases was in Lagos which reported 241 new cases representing  42% of the total number of new cases as reported by the Nigeria Centre for Disease Control, NCDC.

Lagos was followed by Rivers State which reported a peak in the number of daily new cases with 103 new cses.

It is the highest reported by the state, since the outbreak of the phenomenon.

The new cases brought the total number of cases in the country since the outbreak of the pandemic to 16,658.

With 5,349 recoveries and 424 persons dead from the pandemic, the total number of active cases in the country reached 10,885.