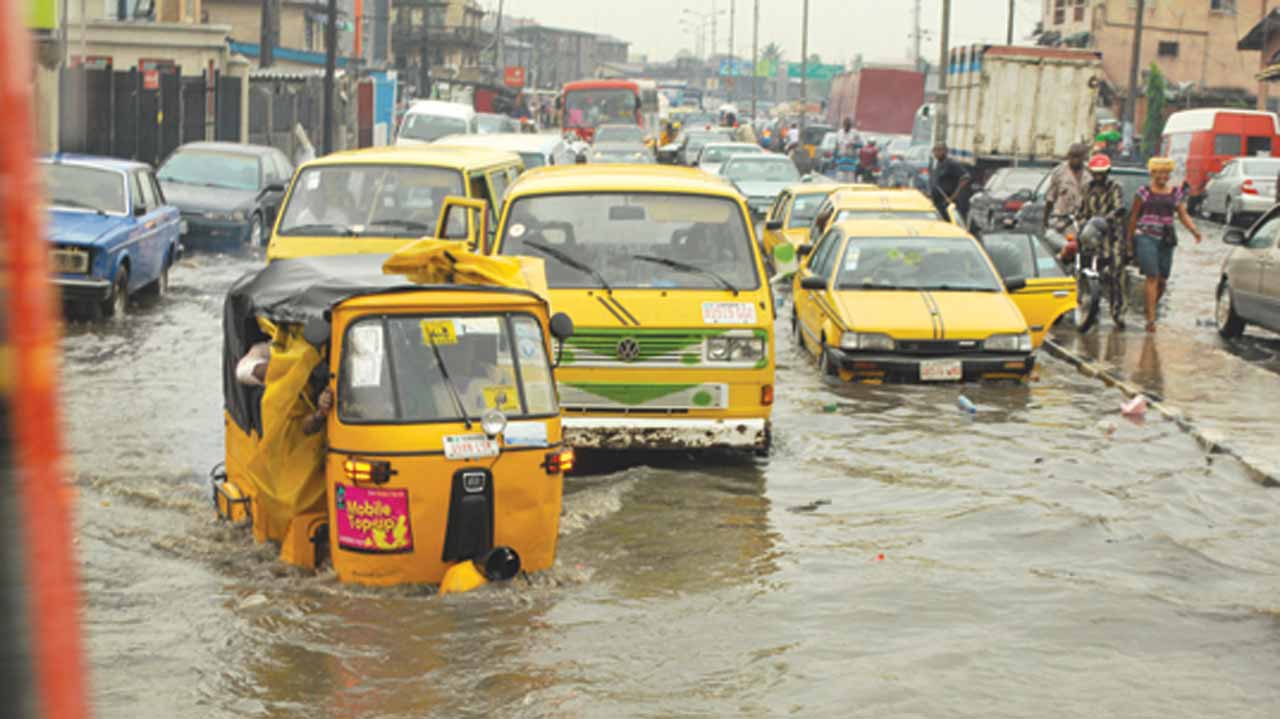 Some Lagos residents have taken to the microblogging platform, Twitter to narrate their ordeals after the heavy downpour on Wednesday and Thursday in most parts of the nation’s commercial capital.

In some of the videos and pictures posted on online, houses were taken over by water, while major roads were flooded leading to traffic gridlock.

Some of the worst affected areas were Lekki, Victoria Island, Iyana-Ipaja, Ajah, Ojodu among others.

The heavy downpour forced many residents to stay indoors.

The downpour led to the destruction of properties in flood prone areas.