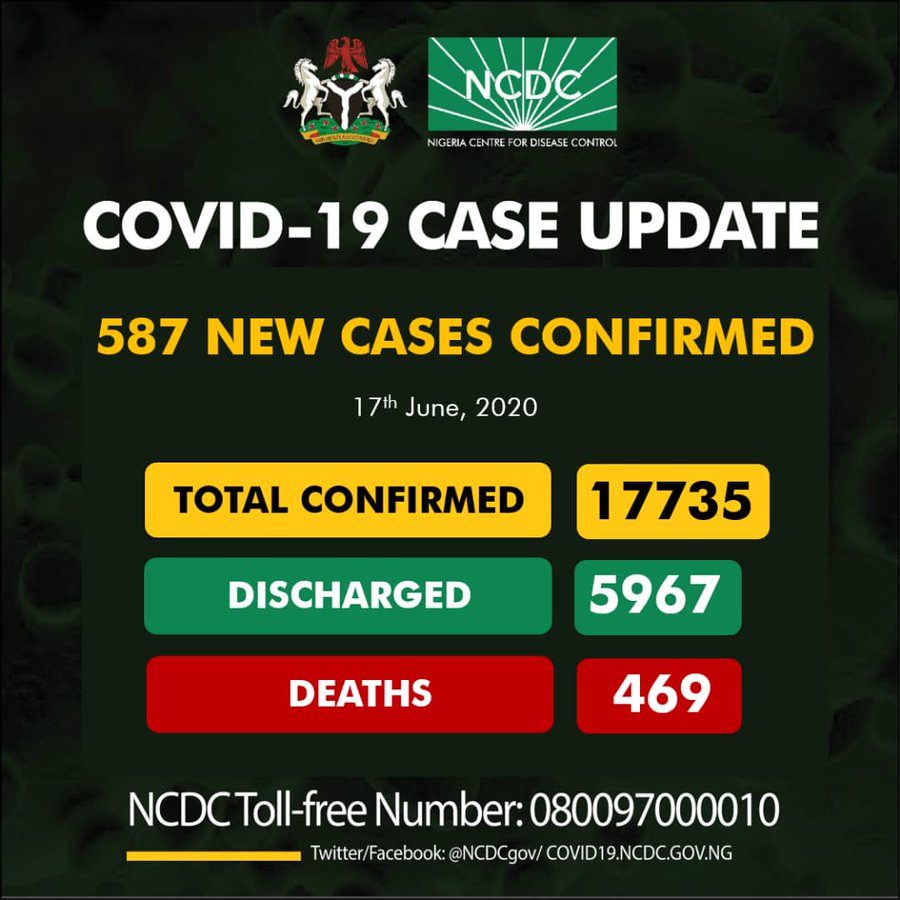 The political crisis in Edo State was being compounded on Wednesday after the state reported its highest daily new cases of COVID-19.

On a day 17 states in the country and the FCT reported a total of 587 new cases, Edo reported its highest daily cases of 75 amounting to 13% of the day’s cases.

Lagos, however, sustained its top position with 155 cases representing 26% of total cases.

The NCDC announced this on Wednesday through its official Twitter handle.

14 deaths were reported over the day, the NCDC said compared to the 31 deaths of the preceding day.

The status of the 35 states and the FCT which have reported is as follows: