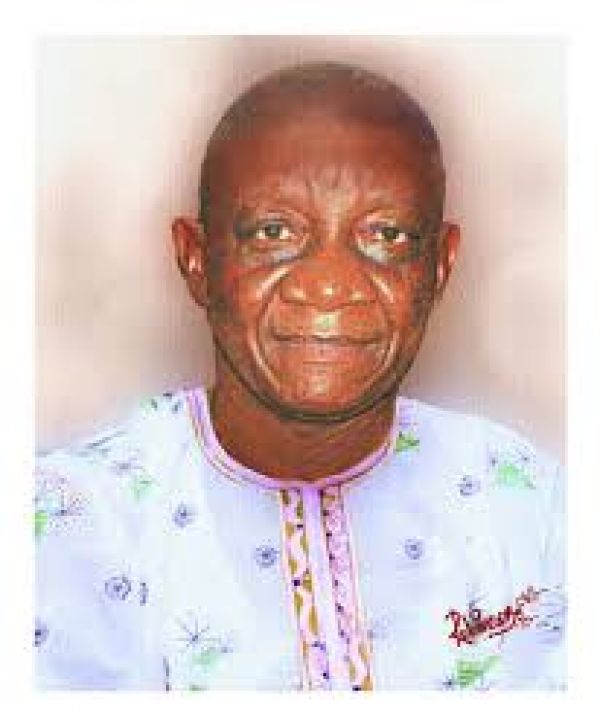 “To protect our farming investments, we have deployed 5,000 Agro-Rangers and employed 30,289 in our paramilitary agencies.”

Perhaps because most Nigerians have long regarded any address by Buhari as a sedative – guaranteed to lure you to sleep instead of waking up your brain – few people really listen to them anymore.

For the first three years, it was the same boring repetition of casting blame on predecessors without pointing to any promise fulfilled by his government on behalf of the All Progressives Congress, APC.

Realising that Nigerians were sick and tired of the blame game, he switched to encouraging members of the opposition party – the Peoples Democratic Party, PDP to join his party.

Like all desperate politicians, he disregarded the warnings of the great Indian leader, Gandhi, 1869-1948, about the things that would ruin a nation.

The first in the list of seven was “Politics without principles”. It should come as no surprise to Nigerians that some of those who decamped to APC are now escaping from justice as a complaisant Supreme Court has now enthroned technicalities over substantive justice.

A public purse looter is set free, not because he did not steal because of a lacuna in law. Nobody who enthusiastically worked for Buhari in 2015 would have believed this would happen under our candidate.

That, however, is only a preamble to this week’s article; which is about the most vital matter of food. Food first should be the policy of every government. And, there are signs that the food shortage Nigerians already experience might be getting worse soon.

The President recently announced that Nigeria has very little money for food importation. He had declared that we are now on our own. To escape mass starvation we must produce and consume more food produced locally.

Nobody can dispute the President’s assertion. The problem is with the agricultural plan put forward by the Federal Government – which was discussed last week. Apparently, there was another aspect of the so-called food revolution programme which was not explained by the Ministers of Agriculture and Information during their joint press briefing.

That is security of the food produced and the farmers slaving to achieve sustainable food security.

Despite being bored by the delivery of what should have been an inspiring and hope-building address, I listened with rapt attention. Suddenly, I was startled by the declaration highlighted above. Even if true, the President’s announcement that “we have deployed 5,000 Agro-Rangers and employed 30,289 in our para-military agencies” immediately raised so many questions which characteristically Buhari failed to answer.

If true, employing the rangers and the others must be applauded because the measure addresses one of the major threats to our efforts aimed at achieving food security.

Unfortunately, this government has lost all credibility and nothing they say can be accepted at face value anymore. We need to examine that statement in order to be sure that we are not being asked for endorsement of “Ghost” Agro-Rangers and 32,289 others.

To begin with 5,000 rangers and others would mean 138/9, and 897 others per state. Perhaps the FG will be kind enough to tell fellow Nigerians how many of the rangers are now deployed to each state and each zone.

Given Buhari’s disgraceful track record with regard to allocation of resources, including human, one would not be surprised if half of them are assigned to the Northwest alone. It might turn out, as usual, that the three Southern zones together would have had fewer rangers than Katsina State alone.

Furthermore, I challenge that government to send the list of rangers assigned to Lagos State for verification. I am almost certain they don’t exist and that Buhari has been fooled by his Ministers and Advisers once again.

Just as important, Nigerians certainly want to know when these 37,289 defenders of our food baskets were employed and when they started work. Again, the FG’s credibility is what has induced scepticism on what should be a most welcome development.

Immediately after Buhari ended his address, I consulted my library and read all the previous budgets – 2016, 2017, 2018, 2019 and 2020 — presented by him. I found no mention of engagement of so many people for the purpose of protecting “our farming investments”.

More to the point, which of our farming investments are they employed to protect? There are over 500,000 farms in Nigeria. Each ranger therefore has 100 farms to protect – whatever that means. What are the duties of the rangers and what steps are they legally empowered to take when farms are invaded by arsonists and bandits — usually herdsmen?

Can they apprehend criminals? Are they armed? To which Ministry do they belong? Are they on full or part time employment? What are their conditions of service? How can farmers reach them when their farms are invaded by the criminals? The questions pile up seeking answers.

“Every government is run by liars; and nothing they say should be believed.”

All governments lie to the people. But some are worse than others. President Donald Trump lied about supplying ventilators to Nigeria – which have not yet been delivered. Nothing brings out the worst in Nigerian governments than releasing falsehood about food production. Few Nigerians would recall that Nigeria attained 80 per cent self-sufficiency in rice production under the Jonathan administration when Dr Akinwunmi Adesina was the Federal Minister of Agriculture. That was the fable then. Now, we are asked to believe that we have reached 100 per cent with regard to rice production.

Yet, a lot of the rice supplied for palliatives were smuggled imported rice. This government must expect us to believe that there is no need for foreign rice and the smugglers are wasting their time and money. Nobody believes the FG.

Contrary to what government would like us believe, the national food supply has never been under worse attack. To begin with the Northern states which account for close to seventy-five per cent of crops as well as animal husbandry are now in total disarray.

The greatest threats to farmers nationwide are the activities of herdsmen who under Buhari had operated with impunity. Nothing in Buhari’s address appears to acknowledge the role of the Fulani farm destroyers in the looming famine. On account of them, no farm in the country is safe from being damaged or farmers, especially women, ravaged.

The hottest and most dangerous states in Nigeria today are Niger, Kaduna, Katsina, Borno, Zamfara, Sokoto, Taraba and Benue. Yet, those states account for close to 55 per cent of grains and tuber production in Nigeria. Bandits, kidnappers, Boko Haram, rustlers and the ubiquitous herdsmen have driven rural women out of farms.

Anybody who is close to the farm communities will testify that women produce over 60 per cent of our food on subsistent farms. Now, no sane woman will go to farm in the rural areas of most of those states.

An old friend in a community near Dutsin Ma, Katsina State, can serve to illustrate the predicament in which we find ourselves in Nigeria now. He was assisted by his two wives as well as four daughters until a year ago when kidnappers struck.

He paid ransom to get two daughters back – both brutalised. Now, he goes to farm alone. Unfortunately, his is not a lone example.