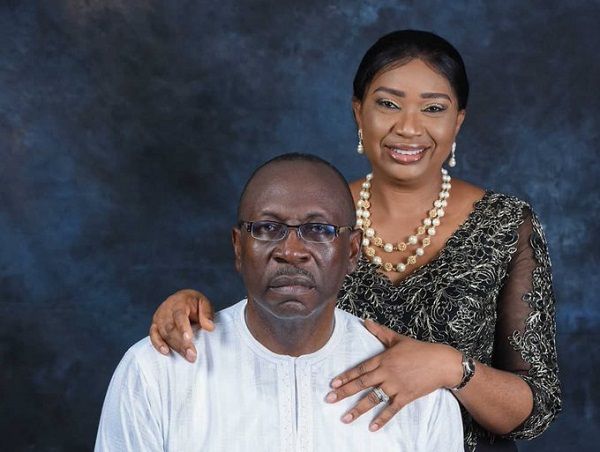 Ize-Iyamu is arguably one of the most dogged politicians in his native Edo State having been in the frontline of politics in the state since the advent of the Fourth Republic.

He has in the past prided himself as a local Edo boy having spent almost all his life in Edo State. After schooling at Edo College, Benin he attended the University of Benin where he studied law. His one year experience at the Law School in Lagos he said was one of the most frustrating times in his life having had to spend almost a year out of his beloved Edo State.

Fate shone on him that he was posted to neighbouring Ondo State for his National Youth Service Corp, NYSC scheme enabling him to regularly dash home.

From the famous Ize-Iyamu family, Osagie was a normal and if not typical Benin boy drinking and womanizing until he escaped an unprepared for meeting with  his creator in a road accident along the Lagos – Benin highway.

That accident in 1995, a year after his marriage changed his life.

Miraculously, he was brought out of the vehicle after hours of writhing in pains as rescuers debated whether to cut off his leg to bring him out. He was brought out with a fractured leg and in hospital he again escaped the surgeon’s blade by divine intervention.

It was while recuperating that Osagie called for a bible and started the meditations that led him into an encounter with Christ!

That began the new life in Christ that brought him into church leadership climaxing into his appointment as a provincial pastor.

However, Ize-Iyamu is known more for his activities outside the pulpit, especially on the political terrain.

His doggedness is underpinned by his extensive political network across the state and his strides on the political terrain.

He served as the campaign manager of the 1999 and 2003 governorship campaigns of Lucky Igbinedion.

His pastoral calling has, however, not deterred his political swagger.

He was leader of the GRACE Group that in 2006 rebelled against the PDP national leader, Chief Tony Anenih with a motto that “No Man Is God.”

In 2007 while still in the Peoples Democratic Party, PDP he nevertheless masterminded the election of Comrade Adams Oshiomhole as governor. In 2012 he came out again to manage the Oshiomhole second term campaign.

Remarkably, by 2014 upon misgivings with Oshiomhole he left the APC that was then in formation for the PDP.

Ironically, the only blight to his electoral strides was when he contested in 2016 against Godwin Obaseki and Comrade Oshiomhole rolled out everything clean and unclean against his former campaign manager, Ize-Iyamu.

Following Obaseki’s rebellion against his godfather, it is remarkable that Oshiomhole had to go for his former campaign manager to check the incumbent governor.

It is remarkable that Ize-Iyamu’s political exploits has been actively supported by his wife, Prof. Idia Ize-Iyamu who is a professor of medicine at the University of Benin.

Unlike Osagie who prided himself with local Edo content, Idia was mostly brought up in Lagos, having attended Corona School, Apapa‎, Queens College and University of Lagos where she read dentistry.

She is a fellow of the West African college of Surgeons. She also attended Oxford University United Kingdom on a ‎Commonwealth Medical Fellowship  in 2016.

She has on her part excelled in her own profession and in between kept the home to the extent that Osagie the former womanizer and drink’s man now regularly returns home to bask in the peace and love that his wife provides.

The June 22 primary election of the APC where Ize-Iyamu is the clear favourite to win is holding a day after his 58th birthday and the wife’s 51st birthday. It could well reflect the birth of a new phase that could take the politician from the pulpit to the governor’s palace!