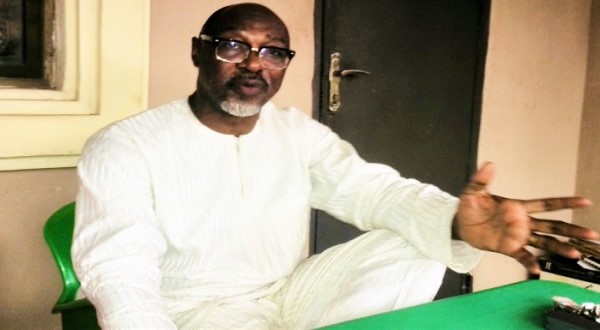 The Edo State chairman of the All Progressives Congress, APC Barr. Anselm Ojezua has dissociated the party from the party’s governorship primary holding on Monday.

The chairman in an interview said the primary being organized by officials from Abuja is a tragicomedy which he vowed would not stand the test of law. He said the state chapter would file a court action to invalidate the outcome of the prirmary.

He was swiftly dismissed by Senator Ajibola Bashiru, the secretary of the panel delegated by the Abiola Ajimobi led executive of the party in Abuja to conduct the primary.

Speaking to Channels Television ahead of the primary, Ojezua said:
“Adams Oshiomhole is effectively in suspension. He did not at the material time appeal the suspension. All these things happening in Abuja is like a tragicomedy. Whatever they do tomorrow (Monday) is illegal. No one it is illegal, number 2, it is not our choice. Should they continue, it will be a nullity, we will go to court,” he vowed.

Responding to his threat, Bashiru said that Ojezua was an interloper who did not have anything to do with the primary.

He said that the Senator Hope Uzodinma led panel was properly constituted and would be guided by the provisions of the APC constitution in carrying out its activities.

He also pledged to keep to the strict restrictions on social distancing enunciated by Governor Godwin Obaseki.

Three contestants are vying for the APC ticket and include Pastor Osagie Ize-Iyamu, Dr. Pius Odubu and Obaze Osaze. Ize-Iyamu is the clear favourite to win the primary ticket.