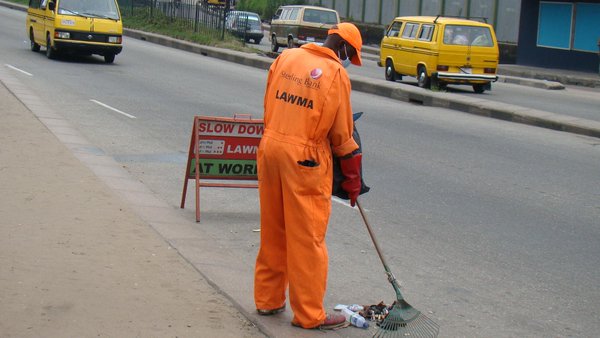 Street sweepers in the employment of the Lagos State Waste Management Authority (LAWMA) have resolved to embark on strike action over unpaid salaries running to three months. The sweepers have resolved to dump their uniforms and working equipment.

In a viral video that appeared on the social media, on Tuesday, some LAWMA workers were seen dumping their uniforms, while saying that were no longer working due to unpaid salary arrears.

Mixed reactions have, however, trailed the video. While some Nigerians are calling on the Lagos State Government to ensure that the salaries of the workers are paid others have flayed the workers for the way they went about their protest.

Recall that recently a video of a LAWMA official lamenting over unpaid salaries appeared on the social media, saying he had been left with nothing to eat.