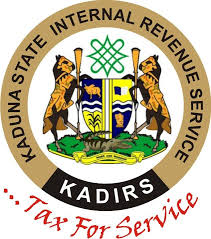 The Kaduna State Internal Revenue Service (KADIRS) says it is clamping down on scammers and fraudsters extorting vehicle owners through falsification and forgery of vehicle documents.

The agency’s Head of Enforcement Unit, Mr Ado Garba, made this known in an interview with the News Agency of Nigeria (NAN) in Kaduna on Wednesday.

Garba said that the agency had received information about certain individuals that indulged in falsification and forging vehicle documents to defraud unsuspecting vehicle owners.

He added that the agency, in conjunction with security agencies were going after the suspects, stressing that anyone caught would be arrested and prosecuted.

According to him, three persons have already been arrested for allegedly issuing forged vehicle documents to unsuspecting vehicle owners.

“Some time last week we received a complaint from a motorist that he gave someone over N9,000 to renew his vehicle papers.

“That after receiving the new document, he ran a security check on the papers to authenticate them, but they turned out fake. He approached KADIRS and complained.

“We tracked and arrested the alleged culprit. Similarly, two others, who equally specialised in forging vehicle documents were also arrested and taken to court.

He advised vehicle owners to log onto www.kadVreg.ng or www.kadirs.kdsg.gov.ng to renew their vehicle papers, or purchase new number plates directly without going through a third party.

Garba said that the agency was currently working on making the sites user-friendly by reducing long processes and improving feedback to ensure user satisfaction.