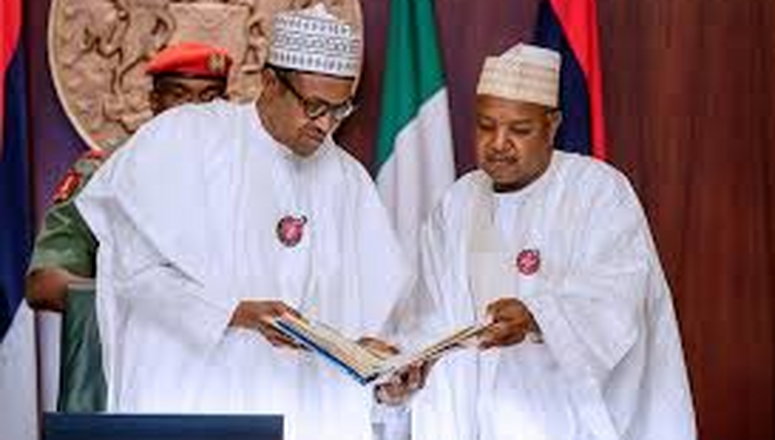 Governor Atiku Bagudu of Kebbi State, on Friday, dismissed contentions by some members of the dissolved National Working Committee, NWC of the All Progressives Congress, APC that President Muhammadu Buhari acted illegally in spearheading the dissolution of the NWC.

Bagudu who is also chairman of the Progressives Governors Forum, PGF spoke at the State House following a thank you visit by a delegation of the party’s governors to President Buhari.

Responding to the claim by some members of the NWC that the president was wrong in his action, he said:

“The media says a lot of things, but Mr President is very clear that he received due legal advice.

“Remember that before the 2019 primaries, Mr President demonstrated to everyone in this country that he will never sacrifice due process for expediency.

“Even when it was convenient to extend the tenure of the then executive so that we don’t have a convention and primary at the same time, Mr President said ‘no, no matter how tough it is, we are going to do the correct legal thing.’

“So, Mr President will never do anything which the constitutional provisions of the party, talk less of the country, do not allow him to do.”

Bagudu was accompanied by the Chairman of the Nigerian Governors’ Forum, Governor, Kayode Fayemi; a member of the Caretaker and Extraordinary National Convention Committee representing the North-Central and Niger State Governor, Abubakar Bello; and the Kogi State governor, Yahaya Bello, to thank the president for helping to resolve the crisis in the party.