No Word Yet On Ajimobi's Burial 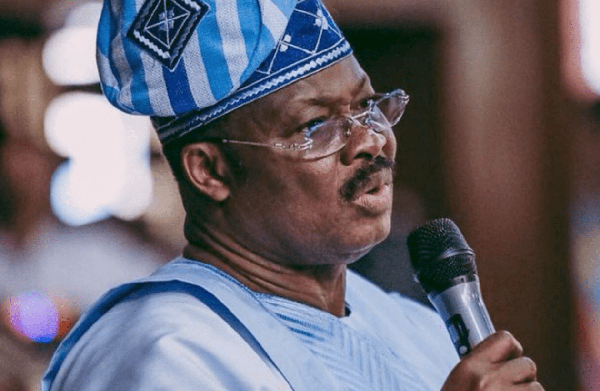 Mr Bolaji Tunji, Media Aide to late former Gov. Abiola Ajimobi of Oyo State, has said that his burial would strictly be a family affair in line with COVID-19 safety protocol.

Tunji told newsmen in Ibadan that the burial would not hold on Friday and would strictly be a family affair.

Recall that Ajimobi died on Thursday at the age of 70 in a hospital in Lagos.

“With deep sadness and deep regret, but in total submission to the will of the Almighty Allah, we announce the transition of His Excellency, Sen. Ishaq Abiola Adeyemi Ajimobi.

“The sad event occurred on Thursday after a brief illness. He was aged 70 years. Funeral details will be anounced later,” he said.

The spokesperson said the burial would not hold on Friday, and that it would be strictly a family affair in line with existing safety protocol.

He added that arrangement on the funeral ceremony would be communicated later.