Atiku's Supporters At War In Edo Over Obaseki 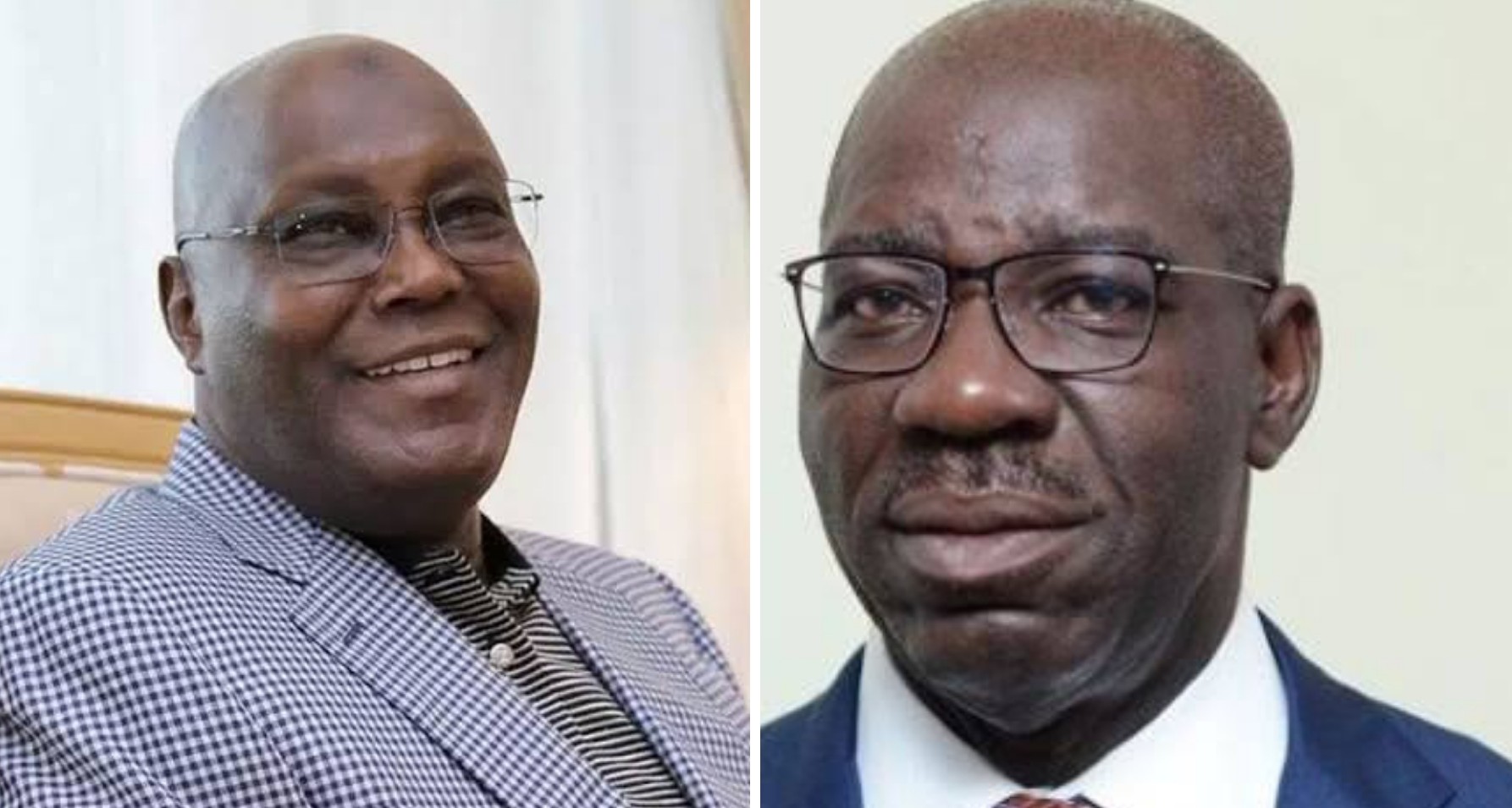 Prince Kassim Afegbua, a chieftain of the Peoples Democratic Party, PDP, and former spokesman to the party’s 2019 presidential candidate, Atiku Abubakar has taken position against him and the party over the emergence of Governor Godwin Obaseki as the PDP’s governorship candidate in Edo State.

Afegbua has vowed to support the All Progressives Congress, APC governorship candidate against Obaseki who he said the PDP had branded a failure only now to come round to appoint him as the leader of the party in the state.

Afegbua’s assertion is against the position of Atiku Abubakar who has mobilized 150 support groups aligned to him to support Obaseki’s aspiration in the PDP.

Atiku was one of the leading PDP figures who helped to woo Obaseki to the PDP.

However, demurring, Afegbua told Vanguard that the party erred in waiving the rules to allow Obaseki contest the primary.

“We will join hands collectively with the APC candidate to ensure that Godwin Obaseki does not return. I am PDP member, but I will vote APC. A man with the humility of Pastor Osagie Ize-Iyamu is better than a governor who fights everyone who disagrees with him.

“Edo has become too polarised over avoidable and needless battles. Let us have a new leadership that will usher in quiet and peace to everyone. The noises from the Obaseki aspiration have become too polluted and cannot be in the best interest of anyone,” he said.

Afegbua who was backing Omoregie Ogbeide-Ihama for the governorship ticket said that he, Ogbeide-Ihama ought to have stuck to his guns by running in the primaries.

“Hon. Ogbeide-Ihama got swallowed up by the politics of money that has become the bane of Nigerian politics. He was ambushed by Governor Obaseki’s desperation who was ready to use any amount to railroad people in the party to buy into his aspiration.

“How can someone who did not buy nomination form, who came in when sale of forms had closed, screening had closed, congresses for the election of delegates had closed, and all of a sudden, because he has state resources to spend, all rules were bended to accommodate him and made to become the candidate? he asked.

Afegbua continued: “Only yesterday, Edo PDP scored Obaseki F9 in its sectoral analyses, and today, the same man who scored F9 all through in terms of performance, has suddenly become the head of the PDP corner.

“A governor who PDP challenged in 2016 for discrepancies in his submissions has suddenly become the candidate of the party. How do you explain such scenario? For me, I still hold the view that Ogbeide-Ihama had better opportunity to pull through if they had allowed Obaseki to settle for another party.

“It would have been a matter of three candidates and PDP would have had a better grip. I was shocked to see all three aspirants stepped down in the face of pressure. Even Kenneth Imasuangbon who was shouting on top of his voice that he would pull through, buckled suddenly and swallowed his misplaced pride.

“The same governor who has been accusing his former APC leaders of wanting him to share money, came to PDP and started doing same. Delegates were given money, situations were traded off, and everyone was fighting head over heels for peanuts. Quite unfortunate, but the level of hunger in town can confuse anybody. It is shameful.

“We must begin to interrogate the processes leading to outcome and not just the outcome alone. It is morally reprehensible for someone to join a party 24 hours and took away all the privileges by nebulous waivers.

“That is a sickening democracy, by all intents and purposes. The party would have at least ask for deputy governorship. As it is now, it is like surrendering your house to an emergency tenant who does not believe in your house, but needed it for temporary shelter.”

Atiku had at the weekend announced in a statement his decision to collapse 150 support groups to back Obaseki.

It quoted Abubakar as directing that the 150 independent support groups in Edo be immediately activated in support of Obaseki, PDP’s flag bearer in the election.

It stated further: “The former Vice President, as a major stakeholder of the PDP, considers it expedient to put in place winning structures and machineries that will guarantee total victory for the party in Edo.

“We need to complete the circle in the south-south region that naturally and originally belonged the PDP.

“Having received the directive with joy and enthusiasm, I have no doubt that all our support groups in Edo will be very glad to receive this news and run with the directive of Atiku Abubakar for the benefit of Obaseki and the PDP,” it stated.

Oshiomole’s Humility: As We All Deceive Ourselves

PDP Tackles Ize-Iyamu: We Have Moved On