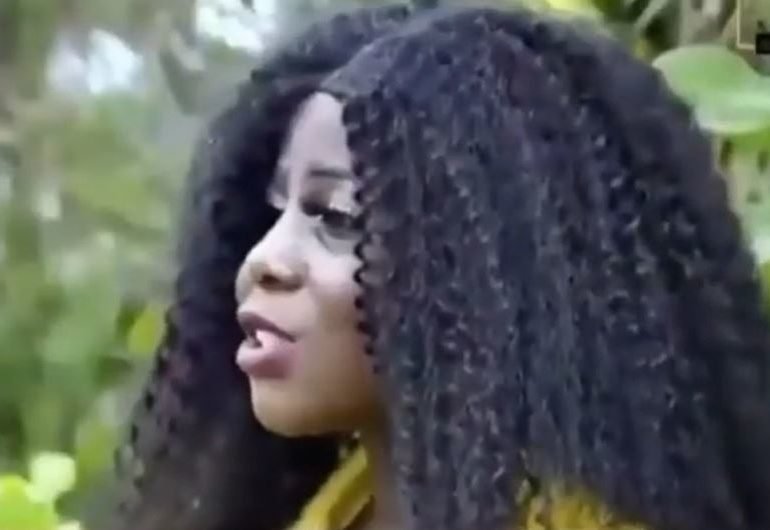 A lady calling herself Faith Olusegun Obasanjo has emerged on twitter calling on her audience never to call her or anyone else a bastard saying all children are products of the jobs done by men.

Faith who is 21, said she was the end product of a job her ‘father’ Obasanjo did in Benue State.

If true, the timing of the interaction could only have been just after the former president was released from a three year detention and in the course of his preparation for the 1999 presidential election.

However, at that time the former president was bristling with his then newly acquired Christian faith except he was lured to temptation by a Benue woman.

In the video on twitter, the lady who claimed to have spent all her life in Spain before recently returning to Nigeria acknowledged Obasanjo’s bequest of an unstated amount to start life.

“Hi everyone, my name is Faith Olusegun Obasanjo. I have been in Madrid, Spain, all my life, so I decided to come back to Nigeria last year on my birthday. I love my country Nigeria. First, I am the daughter of Olusegun Obasanjo. I know a lot of people will be confused right now. But don’t kill me, let me explain,” she said in the video.

“You only hear of side chicks these days and you forget that ‘side chicks’ produce side children — side daughters and side sons. So, I am Obasanjo’s side daughter, a dual indigene of Abeokuta and Benue state. Don’t ever call anybody a bastard.

“Not at all, because we are all produced by a man. I am a product of the job my father did in Benue state, like the end result of it. I have been silent all these years, but I am 21 years old now.”

“My dad and I have our issues, you know father and daughter issues. But I want him to know one thing. The money he gave to me is fruitful, of course, it is. I really made use of it. I am now the CEO of Big Mam Naija (BMN) Reality TV. I also have my company, Green East Global Resort and Hotel which I bought for $1 million. Don’t forget, never call anyone a bastard,” she said.