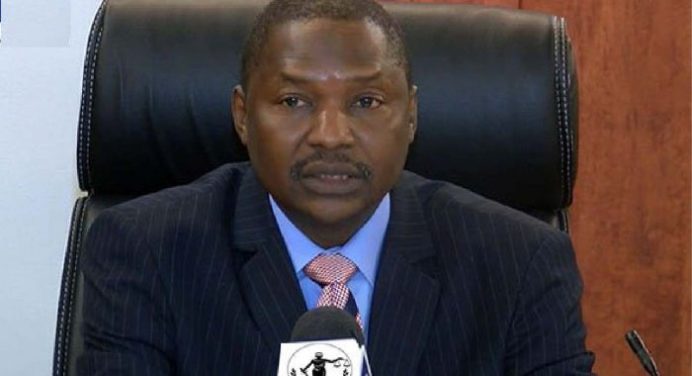 Former Deputy President of the Senate, Senator Ike Ekweremadu, has expressed sadness and shock over the death of a former Provost of the Nigerian Defence Academy and traditional ruler of Ekoli Autonomous Community, Aninri Local Government Area in Enugu State, the late Prof. Sampson Ukpabi, describing it as the fall of an iroko.

Ekweremadu, who stated this on his facebook page after a condolence visit to the widow and family of the deceased royal father, describe the incident as a heavy loss not only to Aninri and Enugu State, but also the nation as a whole.

Describing the late Professor as an erudite mind and uncommon leader, the Senator recalled the deceased’s roles in human capital development and excellent record in public service.

“A gallant soldier, who fought in defence of his people, rising to the rank of Colonel in the Army of the defunct Republic of Biafra, the late elder statesman lectured at the University of Nigeria Nsukka after the civil war, where he became a Professor of Military History.

“He was an engine room of human capital development in the old Anambra State and the nation as a whole.

“Ezeoha also brought his wealth of knowledge and experience as a historian to bear on Nigeria’s constitutional development as a member of the 1994/1995 Constitutional Conference.

“Prof facilitated the education and eventual appointments of countless professors and illustrious sons and daughters of Enugu State today.

“Importantly, he was one of the arrowheads and founding fathers of the modern Enugu State, as he was in the thick of the struggle for the creation of Enugu State and Aninri LGA, putting his good relationships with military hierarchies to good use.

“He equally distinguished himself as the Secretary to Enugu State Government, among other very strategic positions at both state and federal levels”, he stated.

Ekweremadu described the death as a personal loss to him, explaining that the late traditional ruler played a key role in laying the foundations for his political career, when the elders of Aninri LGA approached him to take the responsibility of providing leadership as the pioneer elected Chairman of the newly created local government in 1997.

Ekweremadu, while condoling with the family of the deceased, the people of Aninri, and Government of Enugu State, also prayed God to grant eternal repose to the soul of the deceased.

What Diana Award Means To Me – Bayode Oke