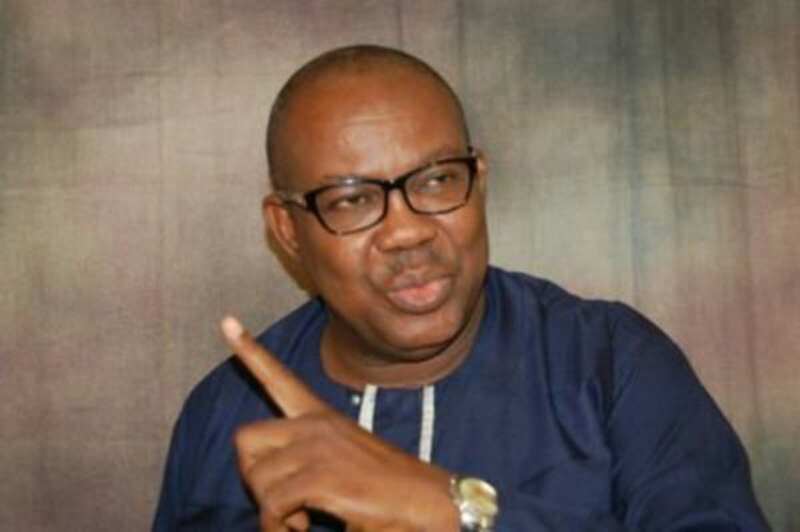 Mr. President just returned from Mali, where he went to broker peace over political differences in that country.

For five straight days in Kajuri and other local government councils in southern Kaduna, innocent men, women and children were daily slaughtered while they slept, by rampaging Fulani herdsmen. Gory photos of their badly mutilated corpses are currently awash online.

Katsina and other Northwest states are boiling, whole communities sacked by armed gangs, as the hapless residents run into the bushes.

The North east remains Boko haram territory, as military formations are not spared by the bloodthirsty vermin. They kill our soldiers weekly, even as the morale of our soldiers remains low, over the performance of the non performing over-stayed service chiefs. Few days ago, 5 aide workers were gruesomely murdered in a horrific video trending online.

Illegal mining of solid minerals thrive in the North, mostly run by Chinese Mafia. Every body looks the other way. Our country is drifting.

All over the country, armed robbers and kidnappers hold sway from the Niger Delta, through the South east, down to the South west. Nigerians cannot sleep with both eyes closed.

But our President found time to visit Mali, to settle political disagreement amongst top Malian politicians.

For how long would traumatised Nigerians watch in consternation?

The politicos have been entertaining and shocking citizens this penultimate week. Reeling from the ruling party’s leadership battle, EFCC, and NDDC drama exposed the rot in the system, in a bizarre and embarrassing manner.

Citizens are shocked at the mindless looting and daylight robbery going on under the watch of Mr. Integrity.

Only God knows what mindboggling discovery, searchlight on NNPC, FIRS or CBN will unearth. We can be sure that very many actors will collapse and pass out during questioning. Nigeria cannot work this way.

Weddings and all sorts of celebrations by the children of top Government officials in this season of hardship, sorrow and despair, reek of offensive opulence and mindless display of unearned easy money.

This provocative display of excess cash runs contrary to the promises General Buhari reeled out as he ran his campaign five and half years ago. Did we enter one chance vehicle?

For how long do we stand aside and look? Our leaders have run out of ideas.

The economy is certainly heading towards a recession. The dollar, today exchanges at an all time high. Unemployment keeps rising, poverty keeps increasing, our politicians are busy shouting it’s ok, it’s ok, off the mic.

For how long? Silence of the lambs.

Juxtaposing the current pitiable condition of the citizens with the grand promises flown five and half years ago, is simply heart rending.

Insecurity, poverty, hunger and hardship rule the land. It is clear the ruling party is overwhelmed. The opposition party also seems confused. Silence in the land, suggests folks may have given up on Nigeria. Our country can’t grow this way.

Painful, our image terribly battered abroad. Our young men die daily in the deserts of North Africa as they struggle to migrate to better climes by road. Theirs organs harvested and sold. So many of them in foreign jails even as many more dream of travelling out to escape the unfriendly environment.

There are well over a hundred thousand trapped Nigerian young females hawking their bodies as prostitutes all over the world and another hundred thousand held as sex slaves, in Arab countries, their government is not bothered one bit.

The lifestyle of politicians encourages sleaze. Nobody batts an eyelid. Unique Nigeria, where over 90% of the Abuja billionaires don’t have any source of livelihood to backup their stupendous wealth. Except being close to the corridors of power, either as a government official, ex official or influence peddler.

Everybody knows the 1999 constitution and the unitary structure practiced today encourages a lot of bad behaviour from our political leaders. What are we waiting for to reconstruct the structure of the country and move Nigeria forward? The unitary structure can no longer carry the edifice.

Nigeria is at cross roads, only the truth can save Nigeria now.

For how much longer, do we have to continue the self deception and false hope? Our country isn’t working and will never work this way. What are we waiting for?

Delay in restructuring Nigeria is a great disservice to the fatherland. Which is why I plead with Nigerians from every region, to identify with and support the recent call by the Yoruba summit group for all, to join hands and drive the early restructuring of Nigeria in order to save Nigeria.

Time is running out.