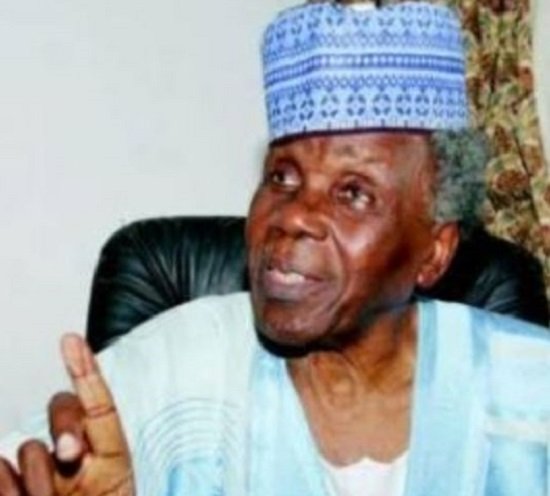 The remains of elder statesman, Alhaji AbdulGaniyu Abdul-Razaq (SAN), father of Kwara governor, Abdurahman Abdul-Razaq, have been interred at his Idi-Igba family house in Ilorin in accordance with Islamic traditions.

He was also the first person to qualify as a lawyer from Northern Nigeria.

The janaazah (prayer) was led by the Chief Imam of Ilorin, Sheikh Muhammad Bashir Solihu.

It was  attended by the Imam Imale, Sheikh Abdullah AbdulHameed, and other prominent traditional title holders and religious leaders from Ilorin Emirate.

The janaazah was attended by a delegation of the Progressives Governors’ Forum (PGF), led by its chairman and Kebbi State Governor, Abubakar Bagudu.

He was accompanied by the APC Caretaker Committee Chairman and Yobe Governor, Mai Mala Buni and his Niger State counterpart, Abubakar Sani Bello.

The News Agency (NAN) reports that a delegation of the House of Representatives, led by Speaker Femi Gbajabiamila, witnessed the arrival of the late SAN at the Ilorin International Airport.

President Muhammadu Buhari, former military president, Ibrahim Babangida and several serving and former governors and APC National Leader, Send. Bola Tinubu, were among personalities that commiserated with the governor and the AbdulRazaq family.

The Governor later led a delegation of family members and government officials to the Emir of Ilorin, Dr Ibrahim Sulu-Gambari, to condole with the monarch on the death of the statesman, who was until his death the Mutawalli of Ilorin Emirate.

The emir, on his part, extolled the virtues of the elder statesman, whom he described as a national icon.

According to the emir, late AbdulRazaq led an exemplary life.

He prayed Almighty Allah to keep his family on the path of goodness and grant him al-jannah Firdaus.

The emir commiserated with the family and the Ilorin Emirate as a whole.

He prayed Allah to continue to guide and comfort the governor, his siblings, and the matriarch of the family, Alhaja Raliat AbdulRazaq.