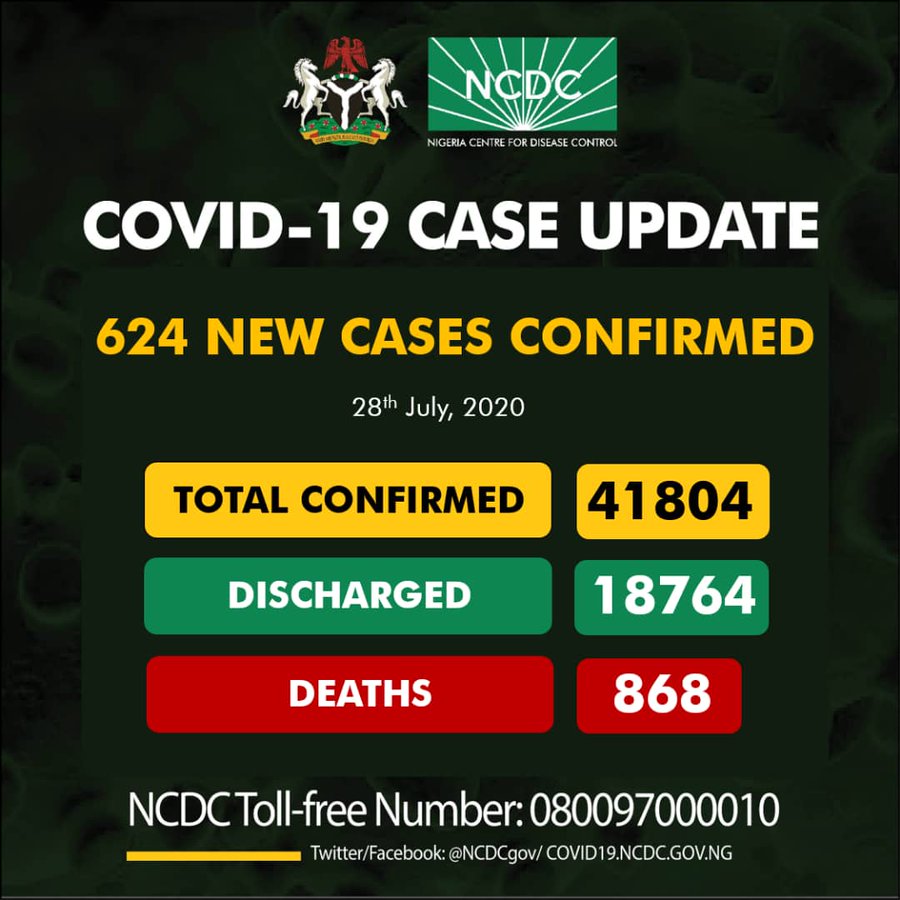 The Nigeria Centre for Disease Control (NCDC), has announced 624 new COVID-19 cases in the country as total infections from the virus increased to 41, 804.

The cases were reported in 17 states and the FCT.

The NCDC made this known on its official twitter handle on Tuesday.

The health agency noted that eight more persons have died from the disease.

The NCDC noted that a multi-sectoral national emergency operations centre (EOC), activated at Level 3, would continues to coordinate the national response activities across the country.