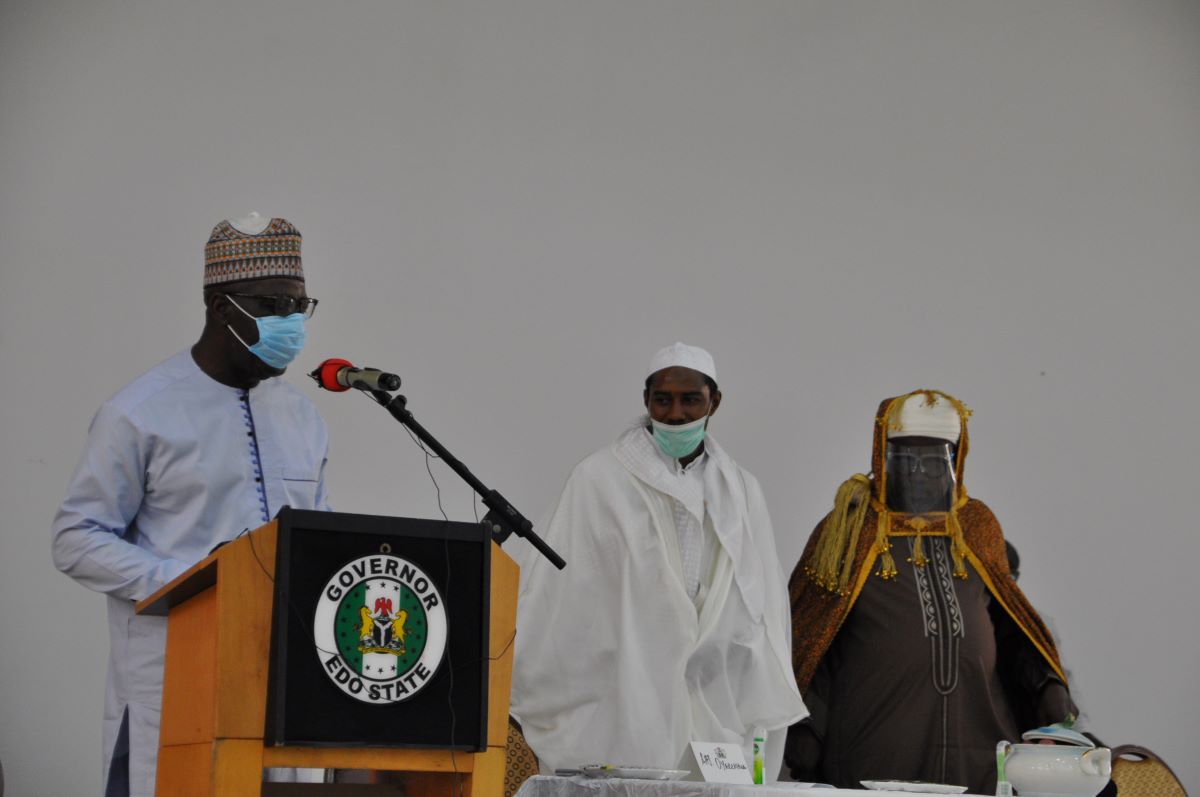 The Edo State Governor, Mr. Godwin Obaseki, has accused the leadership of the All Progressives Congress (APC) in the state of planning violence and importing arms to intimidate and harass his supporters as the September 19, 2020 gubernatorial election nears.

The governor, who said this while receiving Muslim leaders at Government House, in Benin City, expressed his readiness to stand with the people, defend their interests and develop the state.

Obaseki said: “I am not afraid of any man but God. I know the gang up is to provoke me and my supporters but we will not fall for their tricks as God will help us.

“This billionaire sponsored the attacks on me and other PDP governors at the Palace. This is to tell you the level of corruption and impunity we face.”

He added: “They are planning violence, bringing arms, intimidating our supporters as part of their strategy. They know that if we have a free and fair election, they stand no chance. Their strategy is to continue with their propaganda and lies. They know they don’t have a record of performance; their plan is just to intimidate our supporters and ensure they stay off the polling booth.

“They attacked my supporters and wanted me to react to the attacks. I will not attack them back because as the Chief Security Officer of the state, my responsibility is to maintain peace. We would continue to do that at all costs.”

Governor Obaseki assured Edo people that the developmental strides in the state had just begun as the first four year of his administration were used in laying the foundation which will be built on in the next four years.

The Chief Imam of Benin Central Mosque, Alhaji Fatai Enabulele, who led leaders of the Islamic community drawn from different parts of the state to pay Sallah homage to the governor, said Muslims in the state are proud of Governor Obaseki for the developmental strides recorded in the state.

Enabulele noted: “You have scored distinction in your first term and we will overwhelmingly reward you with another four years in office by casting our vote for you in the forthcoming governorship election.

“The election is not about religion or tribal sentiments but about understanding the vision and mission of Edo people and Obaseki understand this.”

“Your administration has provided progressive, pragmatic, dynamic policies and programmes to touch the lives of millions of Edo people across the state and beyond,” the cleric added.