I Am Free Of COVID-19, Fayemi Gushes! 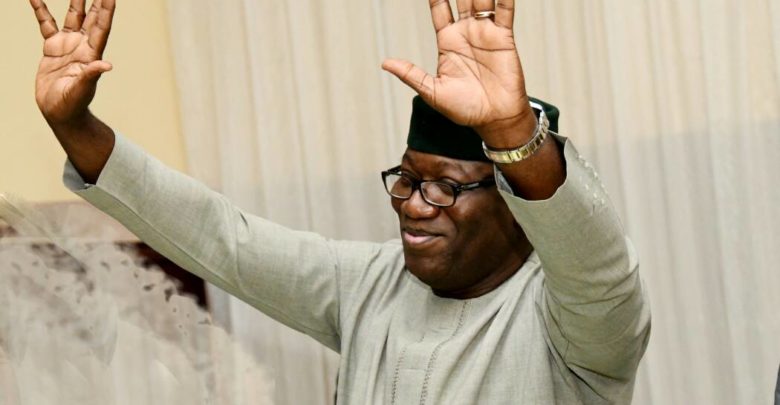 Gov. Kayode Fayemi of Ekiti has recovered from COVID-19, after 11 days in isolation.

Fayemi, in the early hours of Saturday, confirmed this new development on his verified Twitter handle.

The governor thanked God and his numerous well wishers across the globe for his recovery for their prayers and support.

NAN reports that he announced that he had been infected with the virus 11 days ago and consequently proceeded on self isolation.,

Shortly after then, State Commissioner for Information and Values Orientation, Muyiwa Olumilua, announced in a statement, that wife of the Governor, Mrs Bisi Fayemi, his family and members of the state cabinet had undergone the COVID-19 tests to determine their status.

NAN reports that Fayemi, while breaking the latest news on his Twitter handle, on Saturday, had tweeted thus:

Is Lagos Flattening The COVID-19 Curve?