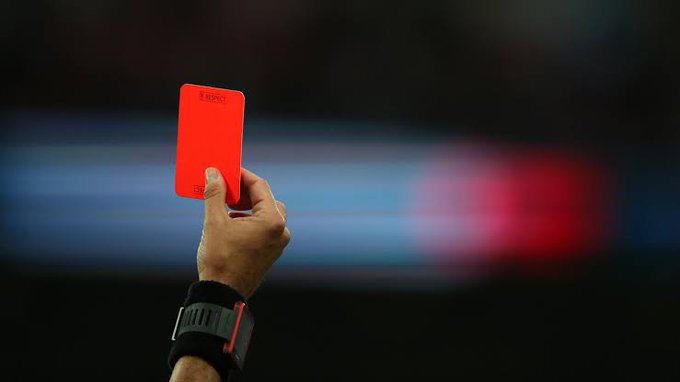 The Football Association, FA in England has issued a new guideline that compels referees to issue red or yellow cards to players who deliberately spit at fellow players or officials during games.

The new directive the FA said is in the wake of the COVID-19 pandemic.

It also instructed  referees taking charge of games during the  COVID-19 restrictions to ensure that the guidelines are enforced immediately and  applied at all levels of the game.

The FA document said:  “the referee is certain someone deliberately, and from close range, coughed into the face of an opponent or match official…

“The offence would fall under the category of using offensive, insulting or abusive language and/or gestures.

“If the incident was not severe enough to merit a sending-off, a caution could be issued for ‘unsporting behaviour – shows a lack of respect for the game.

It charged  the  referees to punish “routine” coughing and should remind players to avoid spitting on the ground, even though it is not an act of misconduct.