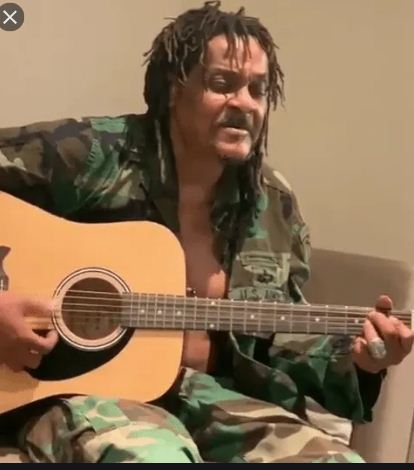 Leading stakeholders in Nigeria’s music industry have reacted with equanimity to the decision to bury the deceased reggae music star, Majek Fashek in the United States.

The family announced that the reggae legend who  died on Tuesday,  June 1, 2020, in the United States of America will be laid to rest in New York.

The late singer’s son, Randy Fashek made the announcement in a viral video which he released on Monday.

Randy who’s based in Brooklyn, also thanked fans and well-wishers for their love and support, adding that the family was forced to take the decision to bury the late reggae icon in New York due to the COVID-19 outbreak.

No date has, however, been announced for the burial.

Reacting to the new development,  the late singer’s manager, Omenka Uzoma Day, expressed sadness that the rain maker will be buried outside the shores of the country.

“Yes, he will be buried in the United States. That’s the decision of his family but I insist that Majek Fashek should be buried in his motherland. We are still discussing and anything can change,” Uzoma said.

Also, reacting to the development, reggae icon, Orits Wiliki welcomed the decision to bury the reggae star in a foreign land.

According to him, a lot of unforeseen circumstances forced the family to take such a decision.

Majek, who toured the world with hit songs such as the ‘Prisoner of Conscience’ and ‘Send Down the Rain’, died in New York aged 57.

Tony Okoroji said he would have loved a situation where the reggae legend is buried in the country.

Recall that former member of the House of Representatives, representing Egor/Ikpoba Okha Federal Constituency and music enthusiast Ehiozuwa Agboyayinma earlier in June, appealed to the public on behalf of the family for financial assistance to fly home the corpse of the reggae legend.

According to him, Majek was a legend and Africa’s pride  who cannot be allowed to be burial like an ordinary mortal.

“With the support of the family, the children, we are looking at how we can bring him to Nigeria to be buried here. This is going to cost quite a lot of money, especially with the challenge of COVID-19. So, we are trying to raise fund,” Agboyayinma was quoted as saying.

Why I Insisted He Propose On His Knees – Lady