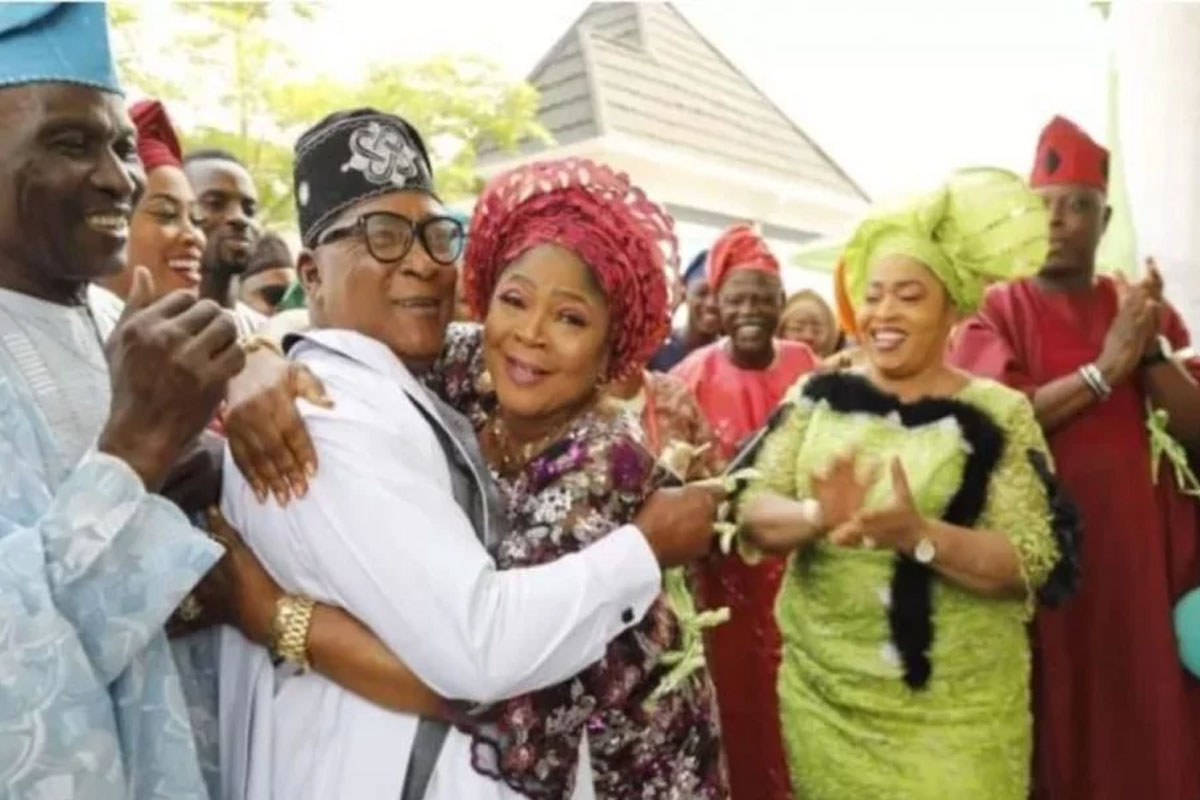 Controversy over the relationship between music superstars Alhaji Kollington Ayinla and Waka Queen, Salawa Abeni is brewing following claims as to whether the former lovers have reunited.

The controversy was stirred after a picture of the duo who have three children between them surfaced. Ayinla and Abeni were seen in a tight embrace reflective of two persons who have something going between them.

Salawa Abeni was quick to rebuff suggestions of a reunion claiming that the picture was an advert for a real estate company to celebrate Valentine Day!

Ayinla has, however, responded to the controversy telling City People that they are back together and that Abeni is his wife for ever.

“I can’t push her anywhere. She also can’t deny me. We have children (awon omo alalubarika) so what’s the problem? What next?”