Storm Over Fani-Kayode's Reaction To Prophecy Of His Presidency 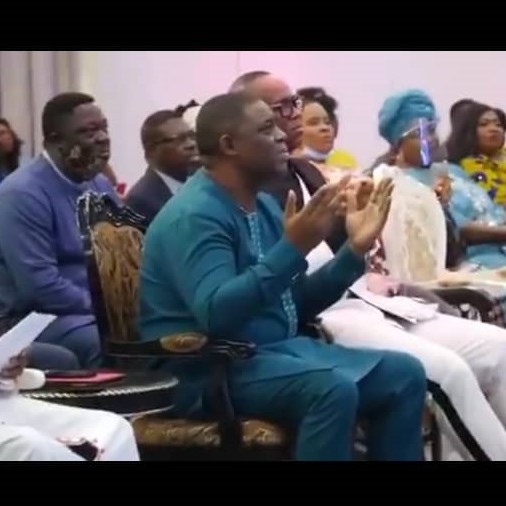 The prophesy by the chairman of the Lagos State chapter of the Christian Association of Nigeria (CAN), Alex Bamgbola that Chief Femi Fani-Kayode, former minister of aviation will become Nigeria’s president has set tongues wagging on the social media.

Bamgbola had during the celebrations marking the 31st anniversary of Pastor Isaac Idahosa, general overseer of God First Ministry, said God told him Fani-Kayode will rule Nigeria if he does not compromise.

Bamgbola said, “If you do not compromise yourself, God said I should tell you, you will one day rule this nation.”

The video clip of the church service has appeared on the social media, eliciting reactions from many Nigerians.

Some Nigerians wondered the propriety of CAN being used as a platform to project politics, while others made a mockery of the comment.

Chief Fani-Kayode’s reaction to the prophesy was also an issue for some. Once the prophecy was churned out, the former aviation minister dived to his knees with hands raised to receive it!