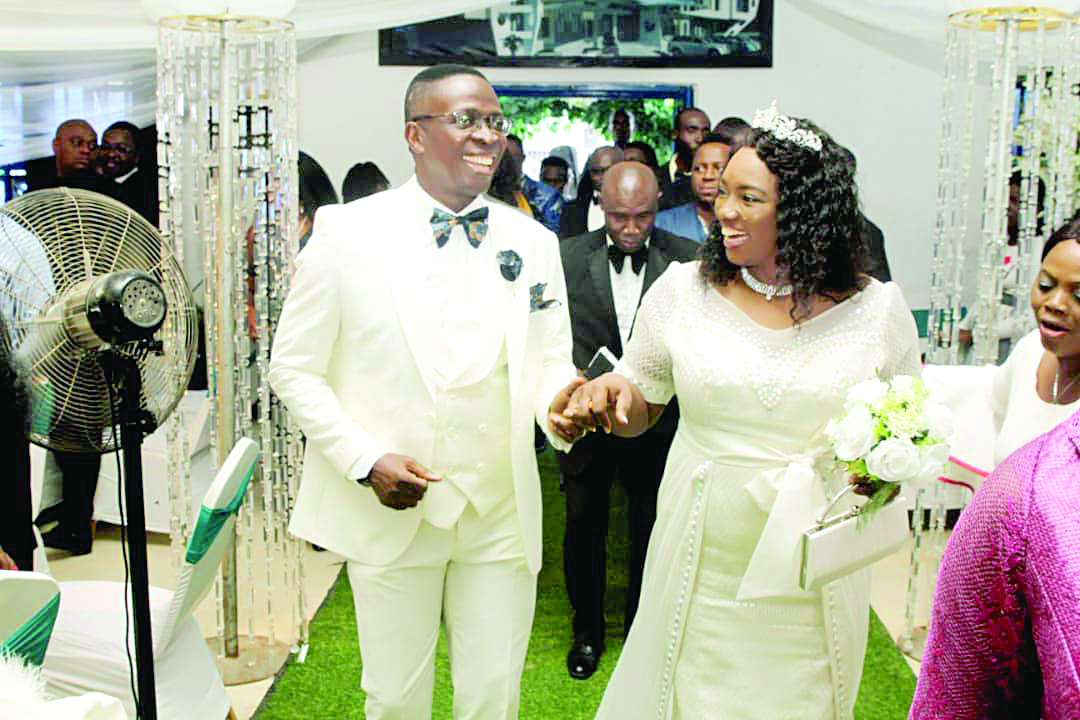 It was fun and excitement last Sunday, August 30, when multiple award winning gospel singer, Aity Dennis and her hubby, Dr. Dennis Inyang, celebrated their 30th wedding anniversary amidst a blaze of colour and razzmatazz.

The event kicked off at 5pm at the Auditorium of Sure Word Assembly located on Ago Palace Way, Okota , Lagos, as the couple and children dressed in white as if to reenact their wedding, came in with their children as flower girls and page boy.

The high point of the evening was when Aity performed a song titled ‘Forever Yours’ which she specially composed and dedicated to her husband while her husband read her a poem, ‘I Smell The Rose’ which he also wrote specially in honour of her.

Advising couples in an interview, Aity Dennis said: “The last 30 years have been a kaleidoscope of wonderful experiences. In fact, it has been a school of grace, mercy and lots of godly wisdom. When you get into marriage, you need to determine to make it work.

“Some people are ready to weather any storm to build their careers and businesses but are not ready to put in the same focus and energy into building their marriages. No marriage that succeeds is an accident. There must be a deliberate and intentional effort from both parties before it can work… The last 30 years have been a journey of growth for me. We have seen the grace and mercy of God and it has been worth while.”

Electric performances were put up by Nigeria’s foremost Gospel Rock artiste, Eben, Ambassador Chinyere Udoma, Bernard – the Violinist who took Aity by surprise by performing Aity’s songs. Sure Word Assembly choirs: The Tribe of Judah Classical and Contemporary lit the stage and the couple’s testimony kids (Lovely, Awesome and Gladsome ) who came after over 20years of their marriage, set the place agog by their rendition of Nathaniel Bassey’s ‘So Amazing’.

Mr Raph Edem, Special Assistant to the Governor of Akwa Ibom State who led the AkCarolfest team to the event to honour the celebrant, took the event to another zenith as he proposed the toast for the couple vintage the quintessential master of ceremony that he is.

The event came to a close as Dr Ukafia and Archbishop Osa-ani led the congregation to pronounce blessings on the couple and their family. The couple cut a beautiful twin cake and took to the dance floor to bring the event to a climactic ending .