Oshiomhole Has Questions To Answer Over Road Accident - PDP 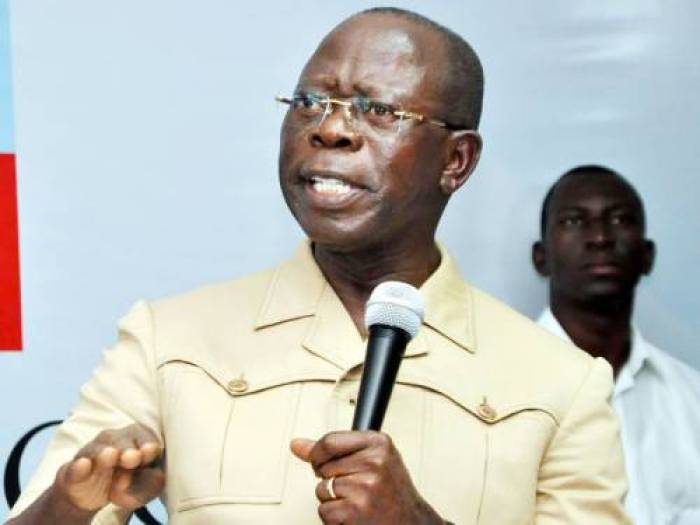 The Edo State Chapter of the Peoples Democratic Party (PDP) has described as preposterous and irresponsible, the claim that Tuesday’s accident involving the convoy of former national chairman of the All Progressives Congress (APC), Comrade Adams Oshiomhole was an assassination attempt.

State Publicity Secretary of the PDP, Chris Nehikhare, who spoke to journalists on behalf of the party’s Campaign Council, in Benin City, said: “The claim is childish, irresponsible and preposterous, and if anything, Oshiomhole should be answering questions over his convoy’s frequent involvement in road crashes that have claimed the lives of about ten persons since 2008.”

Nehikhare noted that “if the APC is sure about the intent of the truck driver that reportedly rammed into Oshiomhole’s convoy, even before investigation is carried out by the relevant agencies of government, the APC should also know who the assassin is, the sponsor, if any, and should be courageous enough to name them.”

The PDP explained that “before the latest accident that claimed the lives of two security personnel and left others severely injured, on Tuesday at Oluku, there had been at least three other fatal accidents involving Oshiomhole’s convoy, or is the APC saying that all the crashes were assassination attempts?”

“According to reports, the accident occurred at Agbede in Etsako West Local Government Area of the state when the Kia Cerato official car of the CPS had a head-on collision with a mini-bus belonging to the National Association of Nigerian Nurses and Midwives, Delta State Chapter, while on their way to Auchi for a friend’s wedding ceremony.

“April 28, 2012 was another day of mourning for families of four journalists attached to the Edo State Government House. Three of the journalists; Olatunji Jacob and George Okosun, both of the Independent Television, as well as Fidelis Ohani, a camera man of the African Independent Television (AIT), lost their lives while Governor Adams Oshiomhole escaped death after a tipper rammed into the governor’s convoy along Warrake Road in Etsako West Local Government Area of the state.

The party added: “Reports said six other journalists in the press bus and security operatives attached to the governor sustained various degrees of injuries while a photo journalist of the state-owned Observer Newspaper, Mr. David Acha, and a driver, were in coma.

“In December 2013, Oshiomhole was involved in yet another accident when a bus loaded with plantain rammed into his car. His bullet-proof vehicle was damaged beyond repairs.”