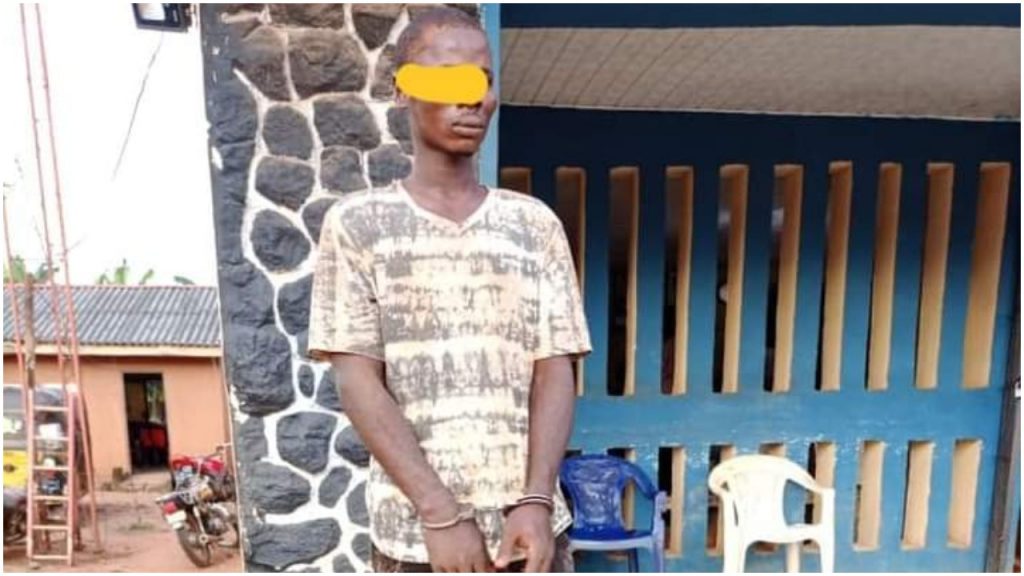 Uchenna Chukwuma, 21, a self-acclaimed pastor has been arrested for allegedly killing a native doctor, in Anambra State who he claimed was responsible for his spiritual problems.

The native doctor, identified as Chukwudi Ugwu, 60, was butchered by Chukwuma in Umusiome, Nkpor, in Idemili North local government area of Anambra State.

The Anambra State Police Relations Officer, SP Haruna Mohammed, in a statement, said the self-acclaimed pastor confessed to have been ‘sent’ by God to murder the native doctor.

Mohammed said, “the Suspect who hails from Amagunze in Nkanu East LGA of Enugu State claimed during interrogation that he was sent by God to kill the native doctor. He further alleged that the victim was disturbing him spiritually and has not allowed him to progress financially.

“There was a report on the 3/9/2020 at about 2:10pm of the murder of a native doctor, one Oliver Chukwudi Ugwu ‘m’ aged 60 years of Umusiome, Nkpor but hails from Umuavor village Abor in Udi LGA of Enugu State.

“The victim was murdered by a self-acclaimed pastor, one Uchenna Chukwuma ‘m’ aged 21 years of Ugwuezue Street, Umusiome Nkpor in Idemili North LGA of Anambra State.

“Police detectives attached to Ogidi Division led by the DPO, CSP Ekuri Remigius visited the scene of the crime and rushed the victim who was found in a pool of his blood to Iyi Enu hospital Ogidi for medical attention where he was certified dead by the medical doctor on arrival. The corpse was deposited at the hospital mortuary for autopsy.”