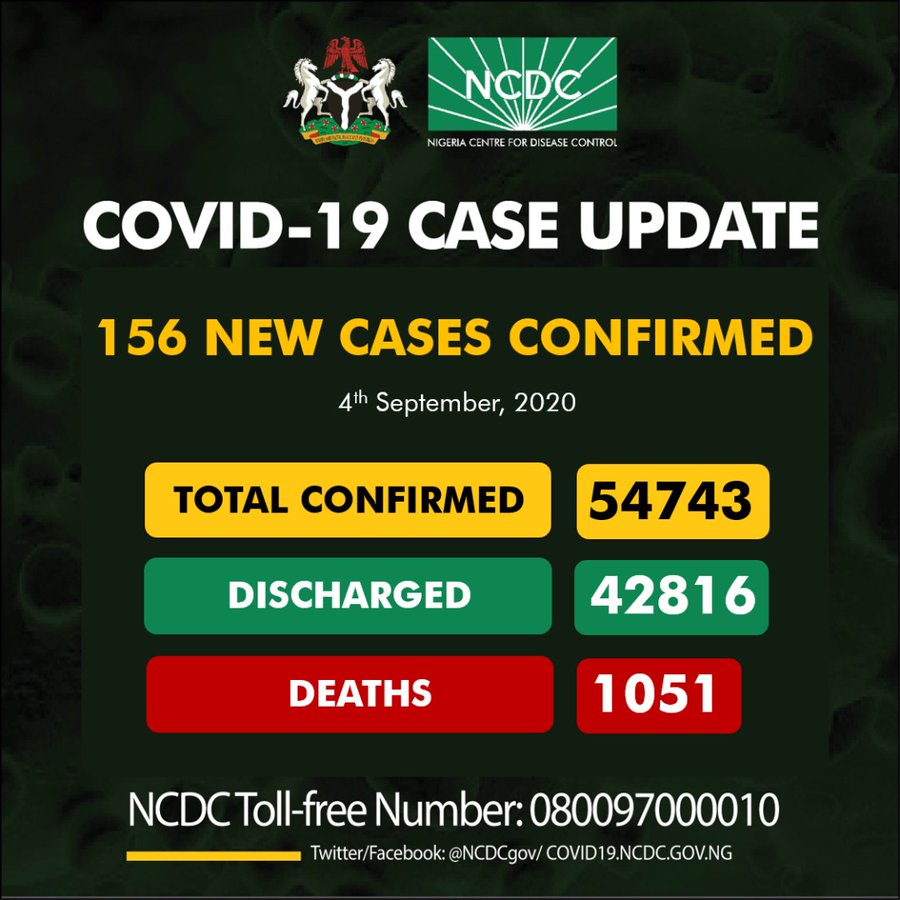 The Nigeria Centre for Disease Control (NCDC) has announced 156 new cases of the coronavirus (COVID-19) in the country, bringing the total number of confirmed cases nationwide to 54,743.

The NCDC disclosed this on its official twitter handle on Friday.

According to the health agency, a multi-sectoral national emergency operations centre (EOC), activated at Level 3, has continued  to coordinate national response activities across the country.

The agency said that three deaths were recorded in the country.

The public health agency said that the 156 new cases were reported from 17 states.

Lagos state, the centre said, had the highest number of infections with 36 cases, followed by FCT with 35 cases, and Oyo with 29 cases recorded.