In Esan Land, Ize-Iyamu Vows To Carry From Where Oshiomhole Stopped 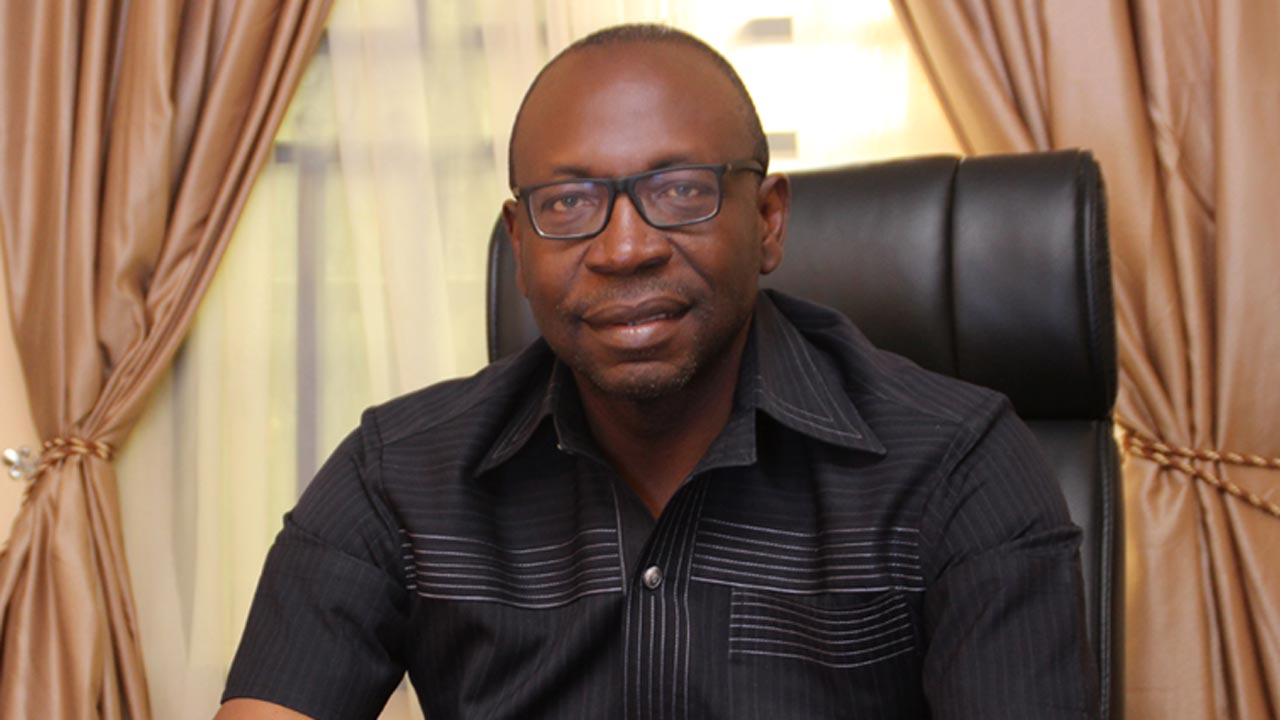 The campaign team also visited Ekpon, Igueben local government council of the state with an assurance to address the infrastructural needs in the areas if elected Governor.

Ize-Iyamu urged the people of Ewohimi to vote for him, going by the achievements of former Governor of Edo, Comrade Adams Oshiomhole in the area.

He said “Illushi is a beautiful place and the government needs to make this place more beautiful.

“We will construct roads, schools with teachers, hospitals to make this place more of a tourism destination.”

Ize-Iyamu also described Ekpon as a second home saying he would assist the community in building an ultra modern market and boost its agricultural potential.

He also visited the palace of Ewohimi, where he spoke about his SIMPLE Agenda and solicited prayers and support.

Also speaking at the Palace, Oshiomhole said the time to rebuild Edo had come with Ize-Iyamu as governor.

Oshiomhole, however, apologised to the people of Ewohimi for what he described as the inability of his successor, Gov. Godwin Obaseki, to consolidate on his developmental strides in Ewohimi.

In his remarks, His Royal Highness, the Onojie of Ewohimi, Ojeifoh Usifoh, commended Oshiomhole for bringing development to the area during his tenure as Edo Governor.

He said the roads and hospital Oshiomhole built in the town were still in good shape and had improved the well being of his people.

When My Quarrel With Oshiomhole Began – Obaseki