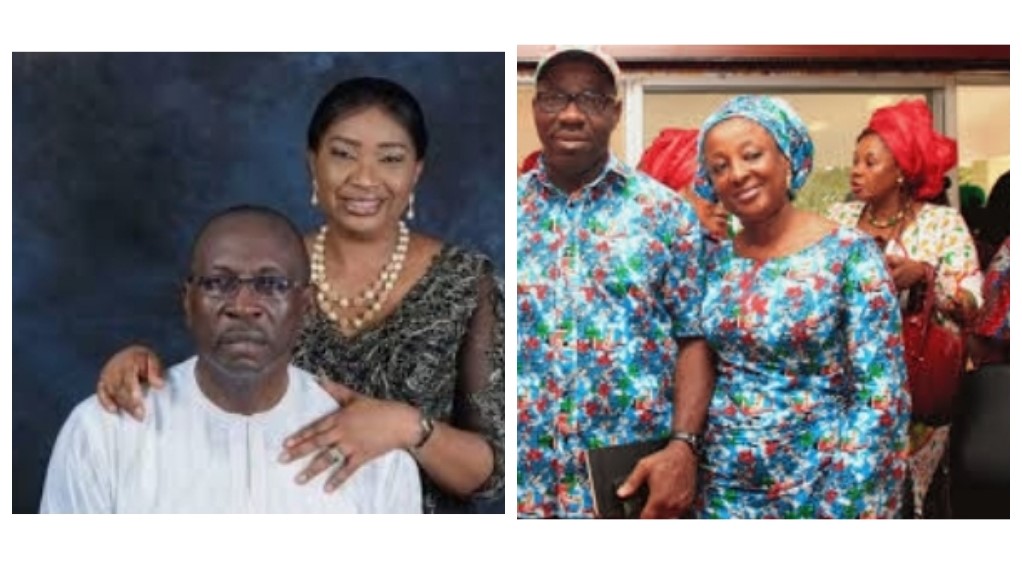 Given the theatrics and venom that have seeped into the Edo State governorship campaign, it was inevitable that the bad blood would flow over to the spouses of the two leading governorship candidates.

Despite pictures of the two candidates, Godwin Obaseki and Osagie Ize-Iyamu having met on different occasions, it is telling that their wives have never been under the same roof.

At least as at press time yesterday. Prof. Idia Ize-Iyamu, wife of the opposition candidate confessed as much on Thursday in an interview that she and Mrs. Betsy Obaseki have never met one another.

However, for many it is an irony. That is because the two ladies are among the most successful Edo wives in the professions.

Prof. Ize-Iyamu, the good Bini girl turned wife of Barrister Ize-Iyamu is a professor of dentistry and also a pastor and role model to many.

Mrs. Obaseki is a senior banker and the managing director of one of the affiliates of the Bank of Industry. Despite the glitz and glamour of the duties of the position of First Lady, Mrs. Obaseki has continued to hold her office and in between support her husband in office.

While Idia is a local girl with renowned Bini cultural proclivities, Betsy who is a Kalabari princess is also from a distinguished family.

So it is surprising for many that the two women have never met. What could have been a first meeting last Wednesday when the two women came near one another in Uromi was swallowed up by political bickering.

Mrs. Obaseki was on campaign tour of Edo Central and Uromi was a staging post. According to the PDP campaign she had finished her meeting and left when a statement was issued by John Mayaki, spokesman of the APC campaign in which he alleged that a free medical outreach organized by Mrs. Ize-Iyamu was cancelled by the police because it clashed with Obaseki’s programme in the same area.

He said that Mrs. Obaseki felt displeased by the complete “overshadowing and abandonment of her event by the people who thronged the free medical outreach.

“By directing the Police to shut down the free medical outreach, Mrs. Betsy Obaseki arrogated unconstitutional powers to herself and sadly displayed the poor attributes including cruelty, intolerance, and insensitivity to the plight of the people that earned the Obaseki-administration the infamy of being one of the worst seen in Edo State.

“We condemn the actions of Mrs. Betsy Obaseki in the strongest possible terms and we urge the Commissioner of Police to rein in on his men to resist carrying out such cruel assignments and insist on the ethics of the profession, no matter who is asking.”

Responding to the claim, Mrs. Obaseki speaking through her spokesman, Peter Okonkwo claimed ignorance of the allegation describing it as APC propaganda.

“First Her Excellency Betsy Obaseki is busy with the Women Wing of the PDP Campaign committee and she has been engaged in series of meetings and mobilisation for the September 19 governorship election as could be seen with the success of the campaign in Esan Land.

“She does not run the Police force and so this accusation is totally frivolous.

“The APC is intimidated by the massive support of Esan people for the PDP government and their resolve to return Governor Obaseki for second term so they are now making up excuses not to continue their campaign.

But before the Uromi clash the tension around the two camps had lately been charged with insinuations about the state of the marriage of the Obasekis.

That Mrs. Obaseki sustained her job in Lagos was an issue for some. There were some in the APC who used it to allege a division in the Obaseki marriage.

However, since the campaign entered feverish pitch, Mrs. Obaseki has relocated from Lagos and taken to campaign with aplomb mobilizing women to support her husband’s candidacy.

Besides, what had been a whisper in some quarters over the childlessness of the Obaseki marriage has now turned into a campaign feature with the matter drawing emotions from some in the society.

A chieftain of the APC, Comrade Tony Kabaka-Adun was perhaps the first APC chieftain to bring up the issue in public.

Kabaka has had brushes with the Obaseki government leading to the demolition of a hotel built by him supposedly on government property.

Speaking to APC faithful at a party function, he said:

“Person wey no born and e dey find money na him we want? Anybody wey no born no go rule us again for Benin,” he said to mixed applause from some APC sympathizers.

Kabaka’s assertion was received with mixed emotions with many saying that he went below decorum to hit at the personal challenges of the Obaseki family.

Mrs. Obaseki has been forced to respond to the issue.

Speaking for the first time during a zoom meeting in response to a caller from Britain on how she felt not having her biological children, Mrs. Obaseki said:

“I hear some people saying all sorts of things about us but I know nobody in his right senses would make jest of people who do not have their own children, but my advice for those in my shoes is to ignore them and focus on God.

“Children are a gift from God, so one must be patient with God and I really don’t mind what humans are saying as I know I have many children here in Edo to care for as the wife of the governor.

“On the other hand, I will advise proper check-up and do other things as advised by medical experts, do all medical investigations, but you know at times everything is right with you and it’s not just coming but that is when u actually need to hope on God”.

25 Debate Questions From Ize-Iyamu To Obaseki

Obaseki Ran Away From Debate – Ize-Iyamu