Akeredolu Will Do Better In Second Term - Ibrahim 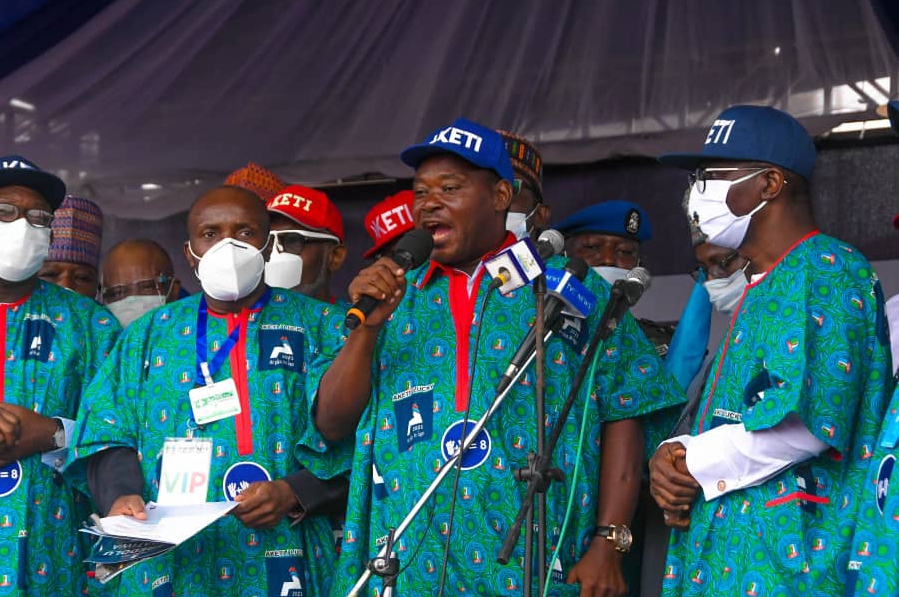 Business mogul, Barrister Jimoh Ibrahim, has confirmed his membership of the All Progressive Congress (APC) as he made personal appearance at Saturday’s mega rally in support of the APC candidate for the October 10 governorship poll, Oluwarotimi Akeredolu.

Ibrahim, who hitherto had pitched his tent with the Peoples Democratic Party, confirmed his earlier declaration for the APC when he was offered the microphone to speak to the crowd at the rally in support of the party.

Ibrahim, while speaking, confirmed that Akeredolu has done well, saying that he has the confidence that he would do better in his second term.

Ibrahim, who prayed that the election would be a success for the APC, said he has no regrets coming into the party at this stage.

The businessman had earlier donated about 50 vehicles to the campaign organisation of Akeredolu.

Related Topics:AkeredoluAPCJimoh Ibrahim
Up Next